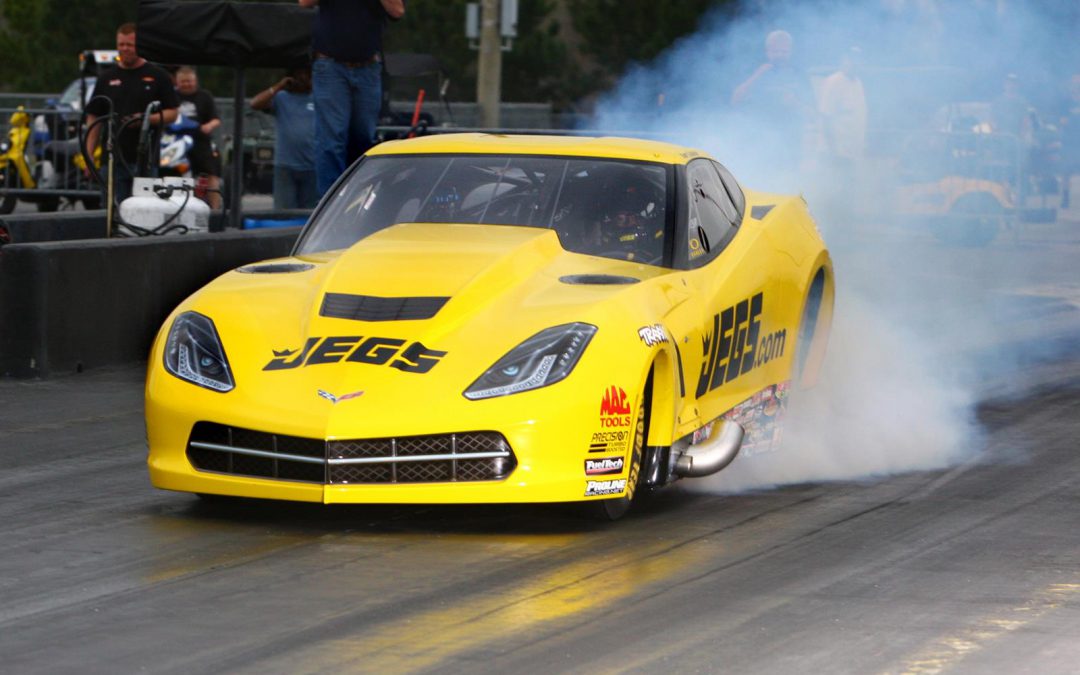 Coughlin will also have a teammate for the Pro Mod season, and it happens to be his son T.J.

"We are definitely ready and looking forward to it," Coughlin said. "The new car, it's looking good. It's a neat piece, almost like a piece of art. We've only made about three or four licks on it, but it shows good progress. We need to get it to the finish line."

Coughlin is testing the new car this week in preparation for Gainesville, and while the car is new, it has the same Pro Line Racing turbocharged engine and will continue to be tuned by crew chief Steve Petty and crewed by Justin Beaver, Kyle Pettis and Mike Rees.

"Bickel has built lots of racecars, and Steve has tuned a ton of racecars. I expect we'll move to Gainesville pretty strong," Coughlin said. "We took the last R2B2 Corvette to Las Vegas a couple years ago after a couple days of testing, and we had real good success then.

"I believe we can do that same thing. We're capable, the car's capable, and now we just need the cards to fall into the right spot."

Coughlin is even more excited about teaming with son T.J. The younger Coughlin has had a successful Sportsman career and is stepping into a professional class for the first time. But T.J. has shown plenty of driving skill in testing, and he'll have Troy's 2013 Corvette.

"It's really cool," Coughlin said. "At first, I was real nervous: 'What am I doing? I hope I'm doing the right thing.' But if there's a good time for him to get in this racecar, the time is now. Steve has waved his magic wand over this thing the last couple of years, and we've had great success with it. We've won a lot of races, we've won a championship with it.

"Now, T.J. has something he can drive that's a good, drivable piece. He's got a good seat underneath him, and he's doing a great job of driving."

Plus, father has counseled son about keep the car in one piece.

"We've talk about how difficult it is to make the next round if we have to take it to the chassis shop to get it worked on," Coughlin said. "Plus, we've talked about the cost of doing that. He has more respect for it than I thought, I'm really proud of him. He's done a good job of driving this thing and explaining to Steve what's going on."