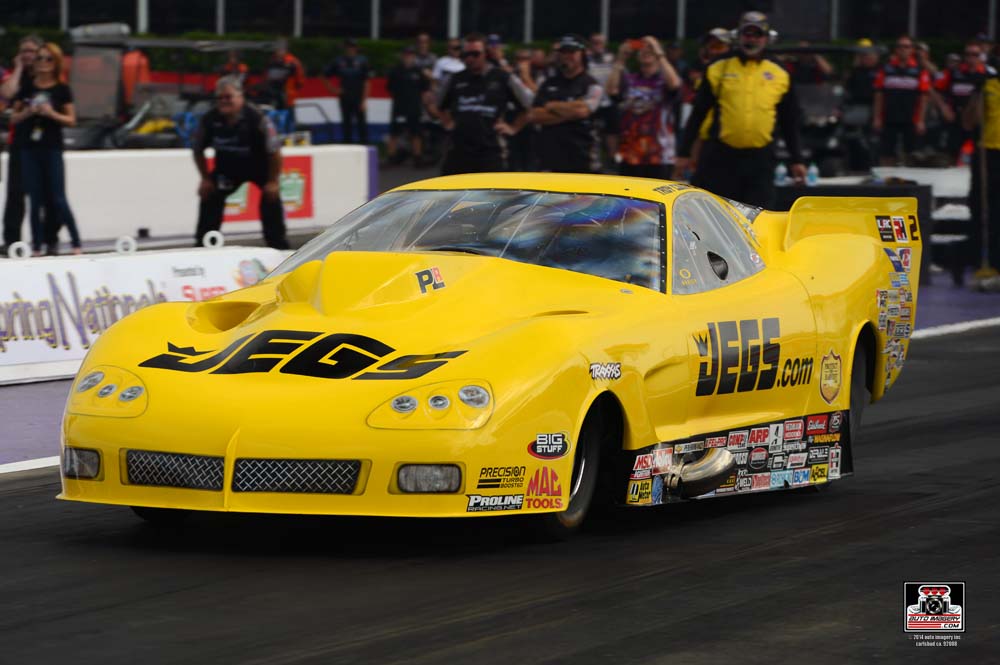 Coughlin lost in the first round Saturday in Houston, and coupled with his second-round defeat in Gainesville, 2014 has started slowly.

"We learned a couple things here," Coughlin said. "We've been thrashing with some new stuff to try to get the car to have better ET. It's making headway, but the field's getting tougher.

"We've had better weekends. But our last two seasons have been just like this in the beginning, so hopefully we've got it out of our way."

Coughlin qualified No. 14 for Houston after a pass of 5.972 seconds at 245.81 mph in his 2013 Corvette. He went quicker in his first-round match with No. 3 qualifier Kevin Fiscus, but despite getting off the starting line first, too, Coughlin dropped a close race.

"It's been doing that the last couple of runs," Coughlin said of the move off the line. "We'll keep reading the race track and following our direction on how we need to go. There's no doubt we can run with any of these guys out here. We've got to get it together."

Part of Coughlin's struggles early in the season has been increased car count in Pro Mod. With increased support from Powerocks, Redhorse Performance, Precision Turbo, Larry Jeffers Race Cars and ProtectTheHarvest.com, more and more of the country's top Pro Mods are racing in NHRA.

"At this race, sponsored by J&A Service, they had 27 cars, and they had probably seven or eight more on the list trying to get in," Coughlin said. "NHRA has it limited to a certain amount so they have enough parking in the pits so they have enough room for all the racers.

"It's a growing class, that's for sure, but it makes for tougher competition."

But Coughlin is confident in his team, led by crew chief Steve Petty.

"Steve and all the guys, Mike Rees, Bryan Metzenhiem and Kyle Pettis, are working hard on this thing, and they do a fantastic job," Coughlin said. "This car is spotless, there are never any leaks, and it gets down the track every time. If we can get all our stuff in a row here, we're going to be fast.

"We've got all the potential, all the pieces and parts and the personnel to do it. It's just getting it all to click, but it will come."