Troy Coughlin hoping for some Pro Mod fireworks in Norwalk 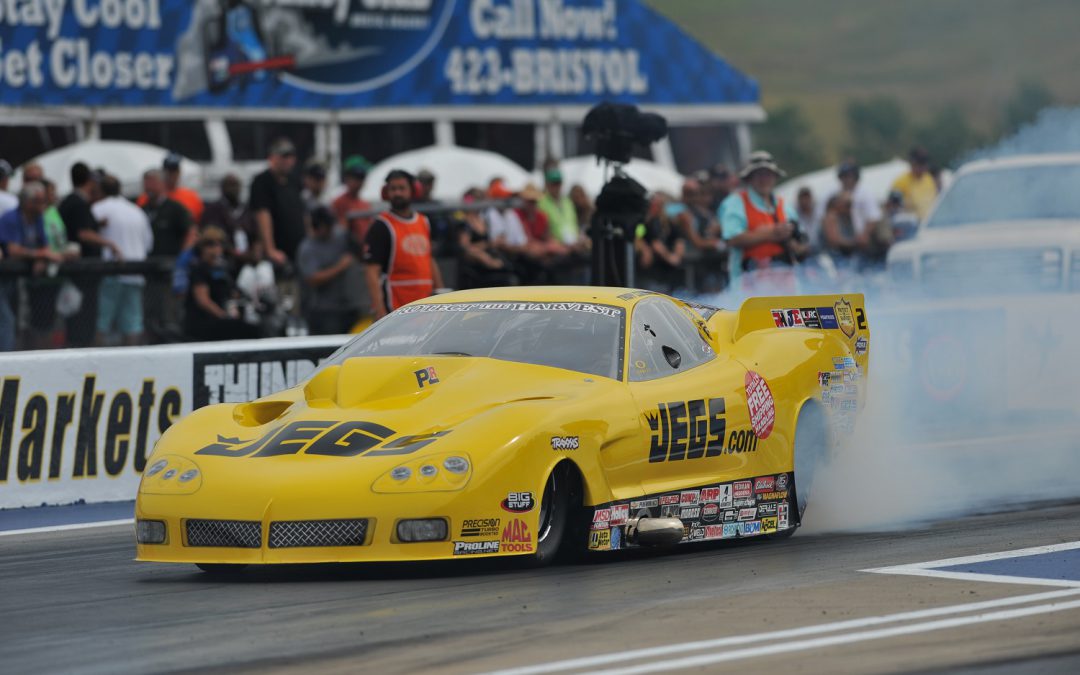 NORWALK, Ohio (July 2) – This year's Independence Day celebration in Norwalk will bear the color yellow, as five JEGS.com vehicles will race this weekend.

One of those will be the Pro Mod of Troy Coughlin, who will drive his JEGS.com Corvette in the Mid Atlantic Energy Service NHRA Pro Mod Series race.

"Norwalk is going to be awesome," Coughlin said. "Team JEGS has five different chances to win a Wally. In fact I'm going up (Thursday), skipping out of work early to watch (brother) Mikey and (son) TJ qualify."

Mike Coughlin is entered in Top Sportsman, with T.J. driving in Super Gas and Super Comp, with Jeg Coughlin Jr. rounding out the JEGS contingent in Pro Stock.

And, of course, there is Troy Coughlin.

"Being so close to home, there will be lots of JEGS folks around," Coughlin said. "That is always fun. I'm bringing my good luck charm Paige (his 14-year-old daughter) with me. She's showing a renewed interest in her Junior Dragster lately, so she wants to go watch a national event. Plus, she can cheer all of us on.

"We can win five Wallys but even coming home with one would be great."

Coughlin, the 2012 Pro Mod champion, will be looking for his first victory of 2014, as the series has seen increased competition with backing from Powerocks, Redhorse Performance, JE Pistons, Pro Line Racing, Larry Jeffers Race Cars and ProtectTheHarvest.com.

Mike Rees, a crew member on the car, recently drove Coughlin's Corvette in a Pro Modified Racing Association even in Martin, Mich., under the watchful eye of crew chief Steve Petty.

"The team made 12 runs, and Steve Petty was very pleased," Coughlin said. "It's eighth-mile racing, but that's where the run is made any way. There were guys running true outlaw and a few running NHRA trim. We ran NHRA rules to get the data, and that was probably the best the car has been all year.

"It's not been great year for us, and certainly not what we expected. But it's only halfway along, and there's still time to make some noise."