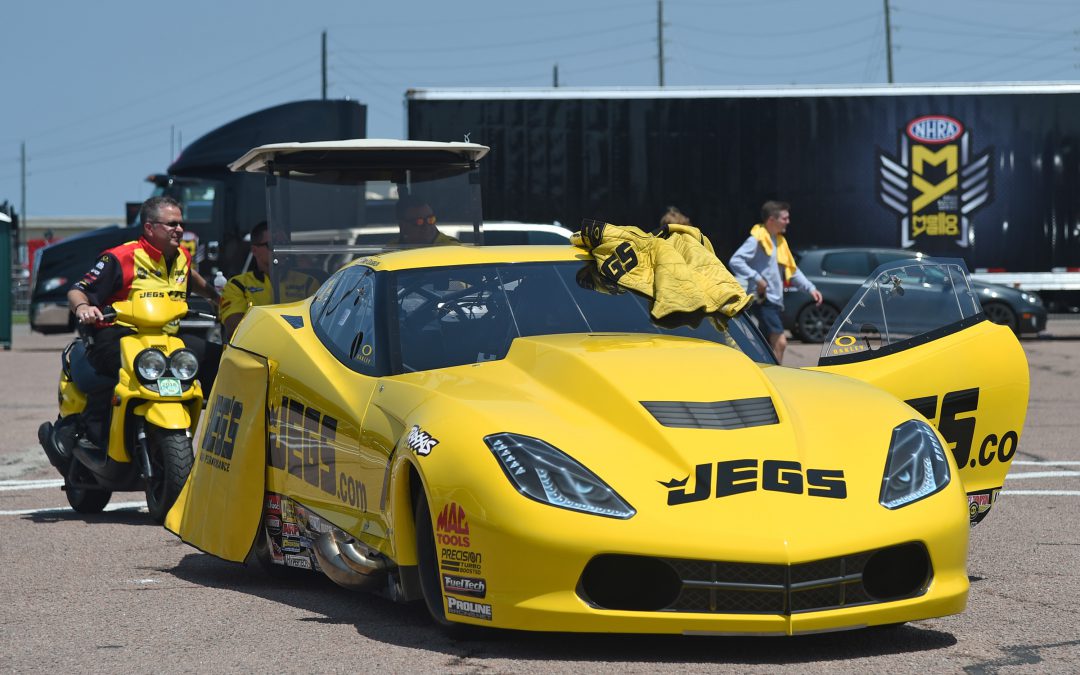 With temperatures approaching 90 degrees, Coughlin raced to the second round of the 29th annual NHRA SpringNationals on Saturday at Royal Purple Raceway. The No. 2 qualifier, Coughlin hopes to go some more rounds Sunday when the NHRA J&A Service Pro Mod Series race is slated to conclude.

"(Crew chief) Steve, Mike (Rees) and Kyle (Pettis) went down to Dallas and tested for a couple days and figured out a couple things on the car," Coughlin said. "We're just trying to get a little closer than we were going into Gainesville. The test session was pretty good for the JEGS.com car. We're coming in here swinging hard."

Coughlin was one of only two drivers to qualify better than 5.8 seconds when he snared the No. 2 spot with a pass of 5.798 seconds at 255.92 mph. In the final qualifying session, Coughlin and the JEGS.com team made some adjustments for the heat, but the car shook the tires and Coughlin lifted early.

"Q3, we tried to run it pretty hard to see what it would run in the heat," Coughlin said. "We saw it didn't like it, so we put kinda put it back to try and calm things down – but the track stayed the same, but we'll take it. It's a round win, and we'll have her tuned up for tomorrow."

Coughlin will race No. 7 qualifier Khalid alBalooshi, who beat Danny Rowe in E1, in the second round on Sunday.

Coughlin and his crew will be ready, thanks to a "lot of hydration" this weekend.

"We're staying back in the pit area instead of going out and about," Coughlin said. "We're trying to stay focused and stayed tuned in on what's going on – and try and win a race.

"They work pretty hard. They're a five-star army over here, for sure. Everyone wants to win, and we're trying to put our best foot forward. It's showing."