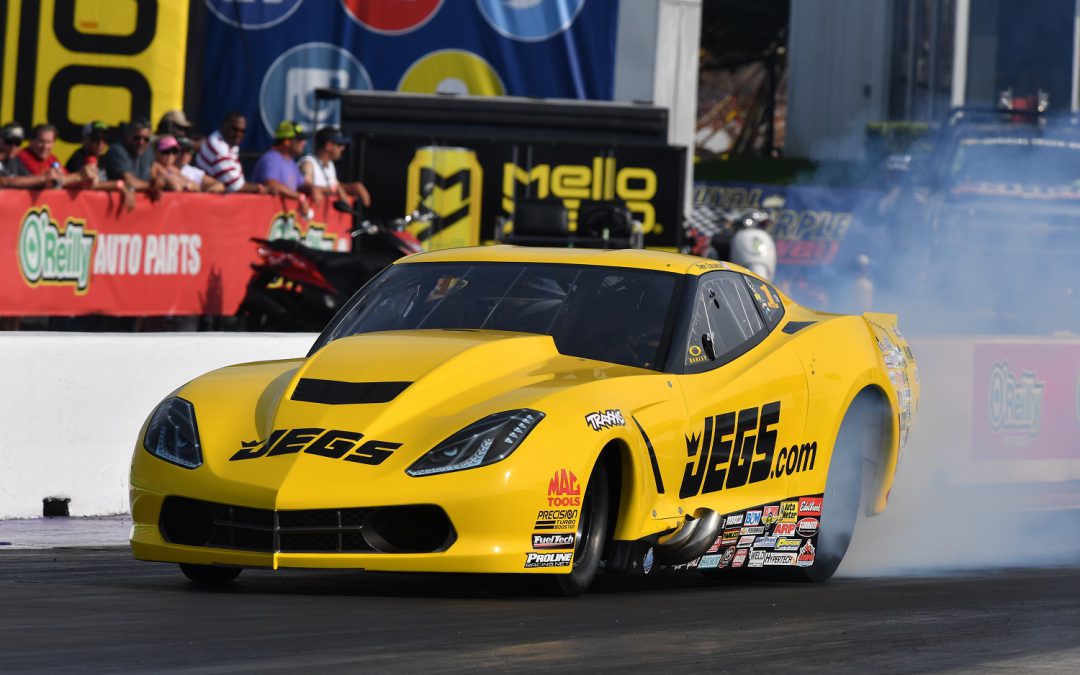 ATLANTA (May 10) — Pro Mod champion Troy Coughlin Sr. is excited about continuing an early-season surge when he races the JEGS.com Corvette at this weekend's NHRA Southern Nationals at Atlanta Dragway.

While the season opener in Gainesville, Fla., didn't go as expected for Coughlin and the JEGS.com team, he bounced back with a No. 2 qualifying effort and a spot in the semifinals in Houston.

Now, the runner-up from the 2015 Atlanta race is ready to win one more round here.

"Atlanta will be interesting," Coughlin said. "We'll have to try and read the weather as we get closer to the race, but the JEGS.com car is on a mission. We're jumping in with both feet, like we did in Houston. It's a fast hot rod, and we're excited to get to Atlanta and put it back in line. It's running really good."

A test before the Houston race did wonders for the JEGS.com team. With crewmember Mike Rees driving, crew chief Steve Petty was able to tune the Corvette to some quick elapsed times. When Coughlin, who couldn't attend the test, got behind the wheel in Houston, that upward trend continued.

"Steve and the guys (including crewmember Kyle Pettis) are doing an excellent job with this thing," Coughlin said. "Hopefully, we'll have a little bit more power when we get there because we're constantly working on that with the rules changes that were made over the winter. It has put us in a mode where we say, 'Hey, let's keep kicking this thing and make as much power as we can and make this thing a beast on every run.' "

When Coughlin knows he has a fast race car, he's able to do a better job on the Christmas Tree. He won one round in Houston on a holeshot and is one of the better leavers in the Pro Mod class.

"It gives you a ton of confidence," Coughlin said. "Steve, Mike, and Kyle have given me a great race car, so all I need to focus on is my driving. It's a big help, for sure."