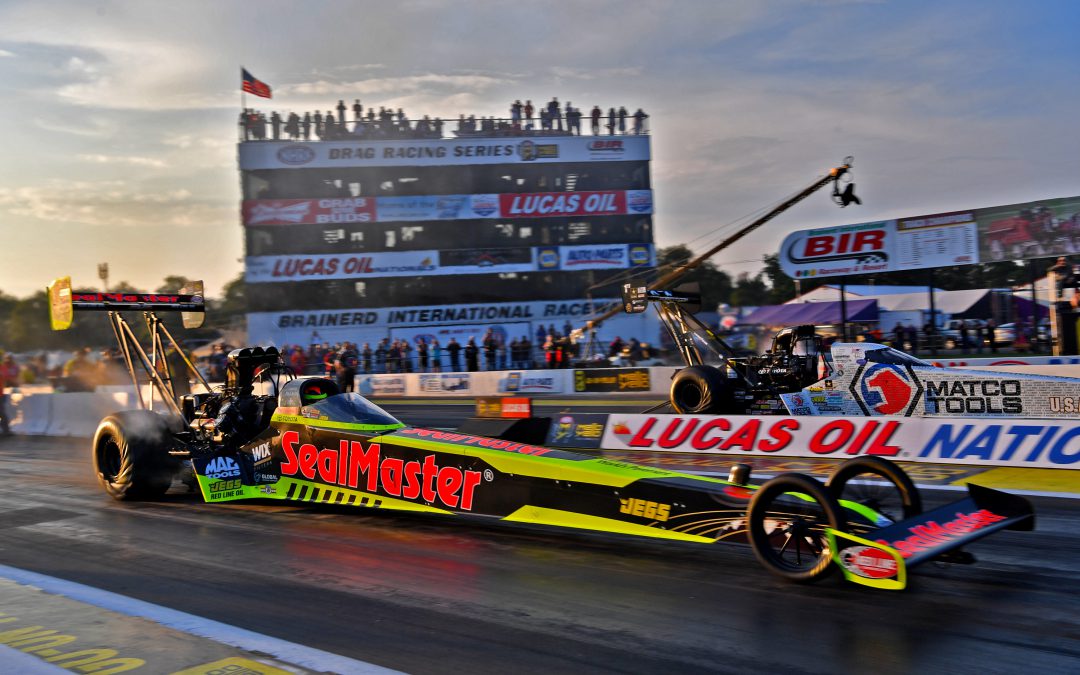 Race Recap: Troy Coughlin Jr. and the SealMaster team debuted a brand new chassis for the Brainerd event, and despite the first round loss, the team feels like they made progress going into the U.S. Nationals.

The SealMaster team started the weekend with a short run to make sure all of the components were working correctly. Despite the machine failing to make a clean pass to the line in qualifying, the team learned in each pass with their new machine.

Quotable: “Well, just a little more adversity. It is just a matter of time. We are going to have respond well and look at where we can improve. It is all about how you respond to the challenges and get better. We are going to look at our data and get the SealMaster Toyota ready for the U.S. Nationals."