Troy Coughlin Jr. anxious to climb to the top at Dewalt Carolina Nationals 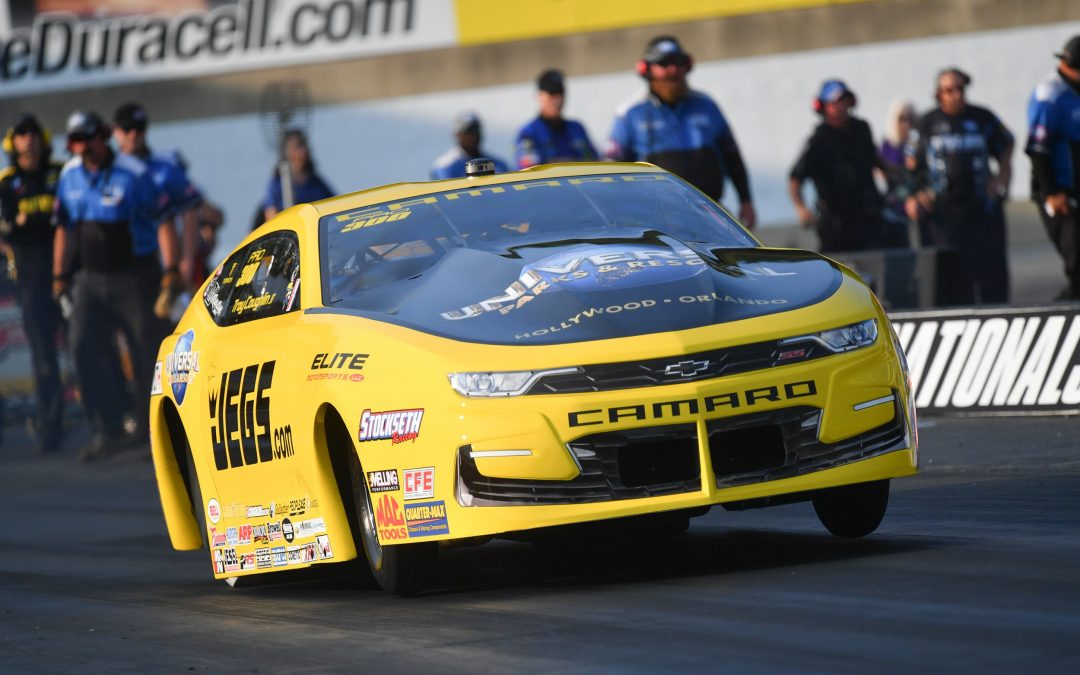 With the first of six Countdown to the Championship races in the books, Pro Stock driver Troy Coughlin Jr. suddenly finds himself in the middle of the 2021 title chase. Having already moved up to sixth place overall, just 15 points out of third, Coughlin wants to continue his climb at this weekend’s 13th annual Dewalt NHRA Carolina Nationals at majestic zMax Dragway.

“This race weekend feels a little bigger than normal,” Coughlin said. “I mean, zMax already makes a race feel more important because it’s such a massive stadium and the stands are always packed. Now there’s 10 very good race teams all fighting for one prize, so the excitement is growing every single round.”

Adding to thrill of the weekend is the fact Troy Jr. will be racing alongside his three-time champion uncle Mike Coughlin, who will be contesting his last national event of the season in the JEGS.com Top Dragster.

“Uncle Mike is so much fun to hang out with,” Troy Jr. said. “Plus, he’s one of the best drag racers I’ve ever been around. The guy is a machine. When I see how cool and calm he is behind the wheel, it reminds me to stay on course and be as steady as I can for my team. The more consistent a driver can be, the better results you’ll have overall because the crew can more accurately tune the car to the driver.”

Both Coughlins have every right to dream about a big weekend in Dixie. Troy Jr. reached the final round the last time he was at this facility in the spring, and he’s been a contender all year, qualifying in the top half of the field and going rounds almost everywhere.

“It’s my crew chief (Mark Ingersoll) and the guys that wrench on this JEGS.com Elite Motorsports Chevrolet Camaro (crewmen Kelly Murphy, Steven Hurley, Eric Luzinski, and Kyle Bates) that make it all happen,” Troy Jr. said. “They’re such incredibly hard workers, not just at the track but every day of the year, doing whatever they need to do to make us better.

“I say it a lot because it’s true: I’m the luckiest kid at the track. I’m on a championship-winning team. The guys at Elite Performance make incredible horsepower. My teammates are all so professional and helpful. Most of all, I get to represent the family business all around the country. It’s a dream deal for me.

“The best way I can show my thanks to everyone who is a part of putting me in this position is to win races, so that’s our goal every single weekend. Charlotte will be no different.”

Although a fourth championship is probably out of reach for Mike this year, his desire to win is as keen as ever.

“Charlotte will be our final national event of the season so it would be great to get out of there with a victory,” said Mike, who has scored 14 national event victories in the past. “I can’t think of a single reason why it won’t be a big weekend. The dragster is running perfectly and I’ve done a lot of things to sharpen up my driving so we’re about as ready as we can be. I know we’re all looking forward to having some fun down there.

“My crew chief, Greg Cody, and the guys, Tony Collier, Justin Beaver and Ryan Micke, never let me down. If we can take care of business this weekend and then get to the St. Louis double-header a few weeks from now and go as many rounds as possible, then we’ll be able to enjoy the off season a bit more. It all starts here.”