Troy Coughlin Jr. anxious to get his giddy-up on at Texas Motorplex 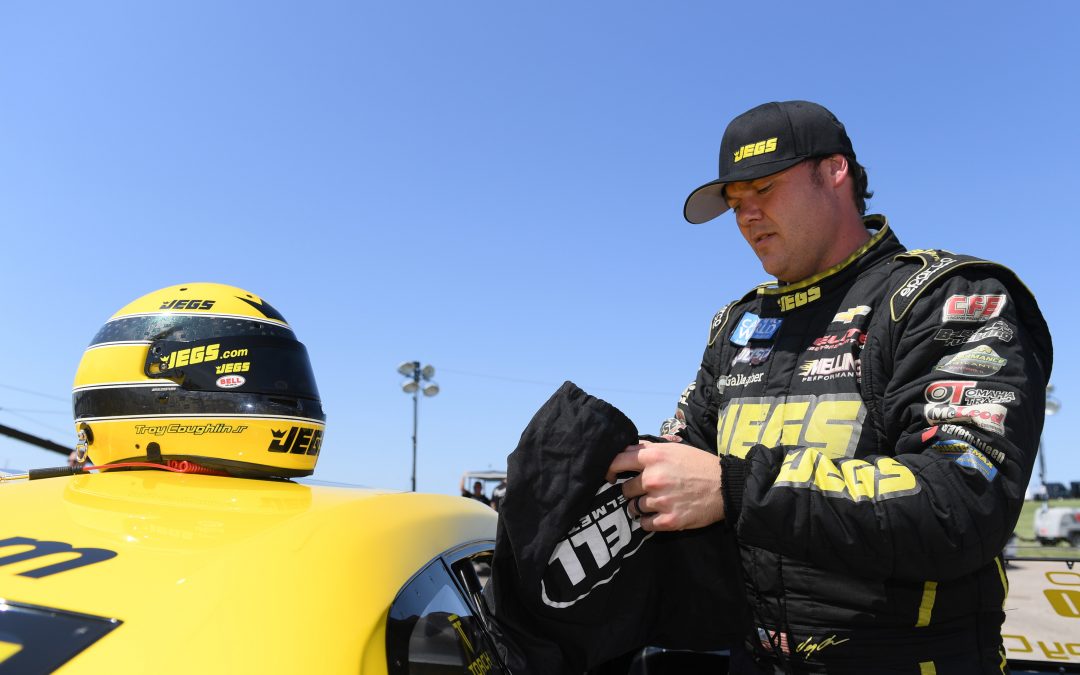 DALLAS (Oct. 5) — The Texas NHRA FallNationals at the Texas Motorplex south of Dallas is a race Pro Stock sophomore driver Troy Coughlin Jr. has admired since he was a boy. Returning this weekend as the driver of the JEGS.com Elite Motorsports Chevrolet Camaro, the third-generation drag racer has Texas-sized dreams he wishes to fulfill.

“We all know everything’s bigger in Texas and it always seemed to me like Billy Meyer’s Texas Motorplex was a big deal ever since it was built,” Coughlin said. “It would be a big honors to go there and win the race, get one of those cowboy hats, and ride outta there on top of the world.”

Meyer, a former Funny Car driver, awards custom-fit cowboy hats to each year’s winners. The hats have become a coveted piece of memorabilia among the quarter-mile crowd. Racers also get a brick with their names etched on them placed in the “Wall of Honor” near the starting line.

“Things like that really makes it special,” Coughlin said. “All the big names are on that wall, including my uncle Jeg, and there’s some real motivation to join him and the others. Plus, the hat. That would be so cool. I’m an Ohio guy all the way, but Texas is second. I love the fans and the people down there. They know how to live and they love drag racing.”

With a weekend off since the last race in St. Louis, Coughlin’s Elite Motorsports team has had a chance to test some new concepts the engine developers discovered. Coughlin believes the extra effort may pay immediate dividends.

“My teammate Erica (Enders) is in a very tight battle for the championship and we are looking for any way possible to put her over the top,” Coughlin said. “Of course, with this incredible team, all technology is shared so we all benefit. It’s just awesome to see the work put in every day by this group.

“I expect us to have a big weekend. We continue to show, both individually and as a group, tremendous horsepower and we feel we can beat anyone in the world. It’s just super-close in Pro Stock, pretty much like it is every year.” 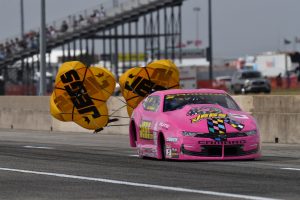 For this race and the penultimate event in Las Vegas at the end of the month, Coughlin and crew, as well as their racecar, will be completely clad in pink to help raise awareness for cancer research. It’s become a tradition with JEGS and many other teams on the NHRA circuit.

“The JEGS Foundation for Cancer Research has raised and donated more than $20 million to the James Cancer Hospital and Solove Research Institute at Ohio State University, as well as Nationwide Children’s Hospital, since its’ inception,” Coughlin said. “We are so proud to be able to help those wonderful facilities and we thank everyone in the racing community, including our customers, who have donated time and money to the cause through the years. “As always, Mike Zick did a great job wrapping the car with the design from Associated Graphics to make us stand-out with those bright pink graphics. Anything we can do as a racing organization to help raise awareness for cancer research is big for all of us.”

Prior to the event, Coughlin will take part in the pre-race Stampede of Speed festivities by signing autographs and meeting with fans Thursday afternoon.