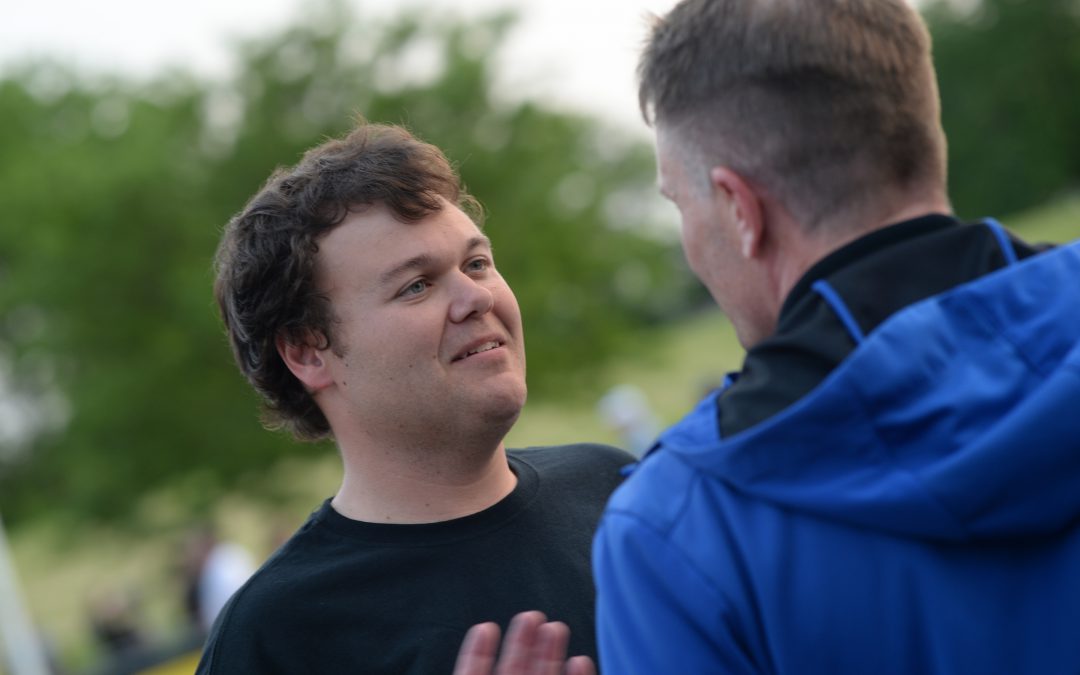 TOPEKA, Kan. (June 5) — Having one of the quickest and fastest hot rods at a drag race comes with a good deal of pressure for the pilot behind the wheel. But six-time national event winner Troy Coughlin Jr. says he wouldn't want it any other way. That's a good thing because the Weld Racing At JEGS.com rail out of the McPhillips Racing camp has been running on a rail of late.

"When you have a car that goes down the track more than 90 percent of the time, it's great because you can just about put all your attention on having a great reaction time and keeping the car in the groove," Coughlin said. "This McPhillips dragster drives like a Cadillac. I mean it's so smooth and straight every time. It's a real credit to Rich and Richie (McPhillips) and the boys, Duke Rooney, Charlie Wroten, Andy Goode and Charlie Greco, whenever he's able to join us. I mean these guys are so pro."

In the past two races alone, Coughlin recorded a runner-up and a semifinal finish after qualifying a lofty first and third in Reading, Pa., and Chicago, respectively. Even in the races where he's been eliminated, his racecar has posted super-competitive numbers.

"I'm continuing to find ways to get a little better each week at the starting line," Coughlin said. "Last week, Megan Meyer just left first on us with a spectacular light. Like Rich said, 'these things happen all the time in drag racing.'

"All you can do is learn from it and move on. I don't sweat it when people say there is extra pressure because I'm driving a top car. But you do need to recognize that when your car is this good, people are gonna push extra hard when you race them.

"It's cool. I wouldn't want it any other way. I love the challenge."

Coughlin and crew will get three qualifying attempts at Heartland Park Topeka, the first two coming at 1:30 and 5:45 p.m., Friday, and the last set for 1:30 p.m., Saturday. The action then shifts to eliminations with the opening round going off at 5:10 p.m., Saturday, followed by the final two sessions at 1:40 and 3 p.m., Sunday.

"This will be a special race for our partners at Weld Racing," Coughlin said. "They were started in Kansas City and are very proud of their heritage. I'm glad we're keeping the Weld Racing At JEGS.com scheme on the car for another weekend.

"It could be an interesting weekend weather-wise, also. It's June in Topeka, there's no telling what we'll see. No matter what, we'll be ready."