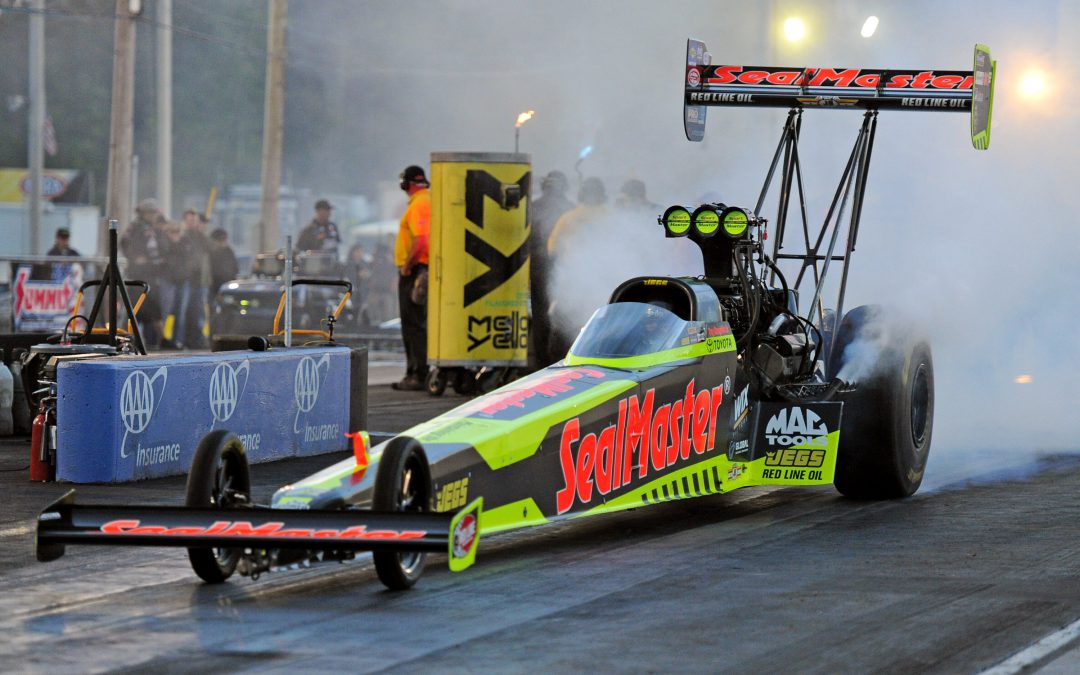 Race Recap: Coughlin Jr. was focused on starting his first four-race run of races in a strong fashion. The SealMaster Toyota did just that with a strong effort in Sunday eliminations in Epping.

Coughlin Jr. earned a top ten starting spot with a solid effort in the third qualifying session. The 3.775 second pass earned the SealMaster Toyota the tenth spot in qualifying. First up was Clay Millican.

Coughlin Jr.'s SealMaster Toyota moved first against Millican. After some early back-and-forth, Coughlin Jr. took the lead back for good just past the 660' foot mark and pulled ahead to claim the round win.

In the second round, Coughlin Jr. again left first against opponent Brittany Force, but was unable to pick-up the round win despite another clean run. Coughlin Jr. gained one spot in the standings after the Epping success.

Quotable: “At this point for the SealMaster Toyota, any data is good data. It is data from all angles. With the car, the runs and with the guys. It is good for me too; I am learning what the car feels like when it makes a good run and when it is struggling. We are working extremely hard. Moving up in points is always a bonus. We will move on to Englishtown and hopefully move up some more."