Troy Coughlin Jr. defeated in round one 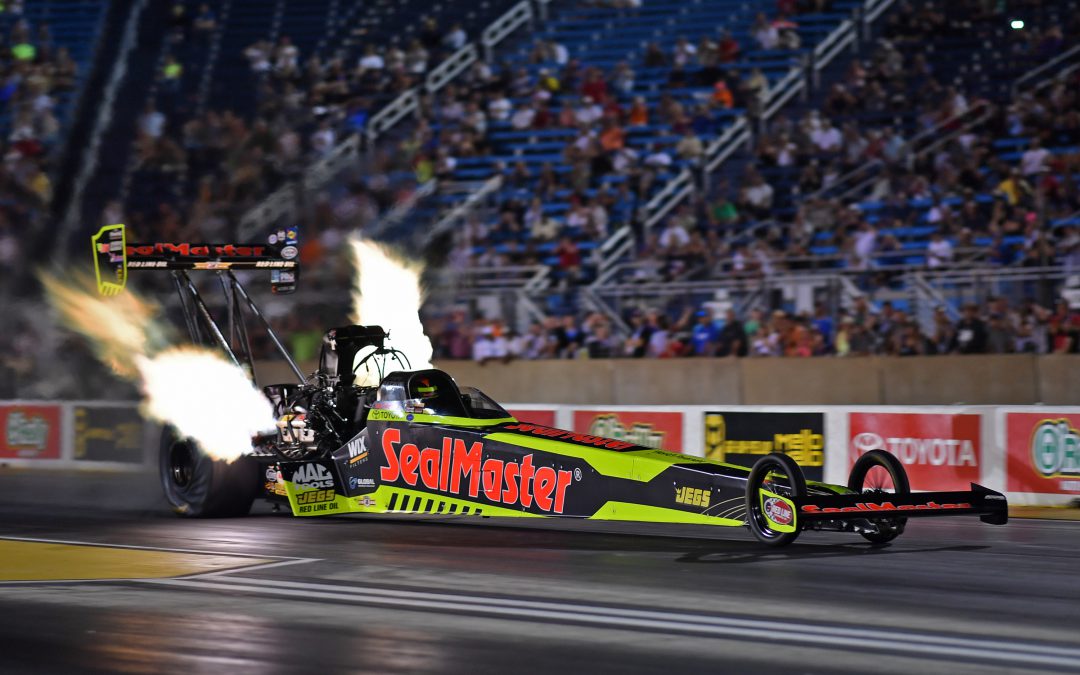 Race Recap: Chicago had been a special race for many seasons for Troy Coughlin Jr. due to the JEGS All-Star event being run. This weekend would be even more special with Coughlin Jr. making his Top Fuel track debut behind the wheel of the SealMaster Toyota machine.

Coughlin Jr. earned his spot in the field with a 3.932 second pass at only 262mph in the Friday evening session, but it was not what the SealMaster crew was hoping for. After two more incomplete passes on Saturday, the driver of the SealMaster machine would earn the 15th starting spot and a first round draw of Leah Pritchett.

Coughlin's day would end quickly on Sunday as Pritchett was able to drive to the win after the SealMaster machine dropped cylinders at the beginning of the run and suffered a mechanical failure down track.

Quotable: “Frustrating weekend for sure. We are working hard and I totally trust my team. We are going to figure out the problems and come back stronger for Denver.