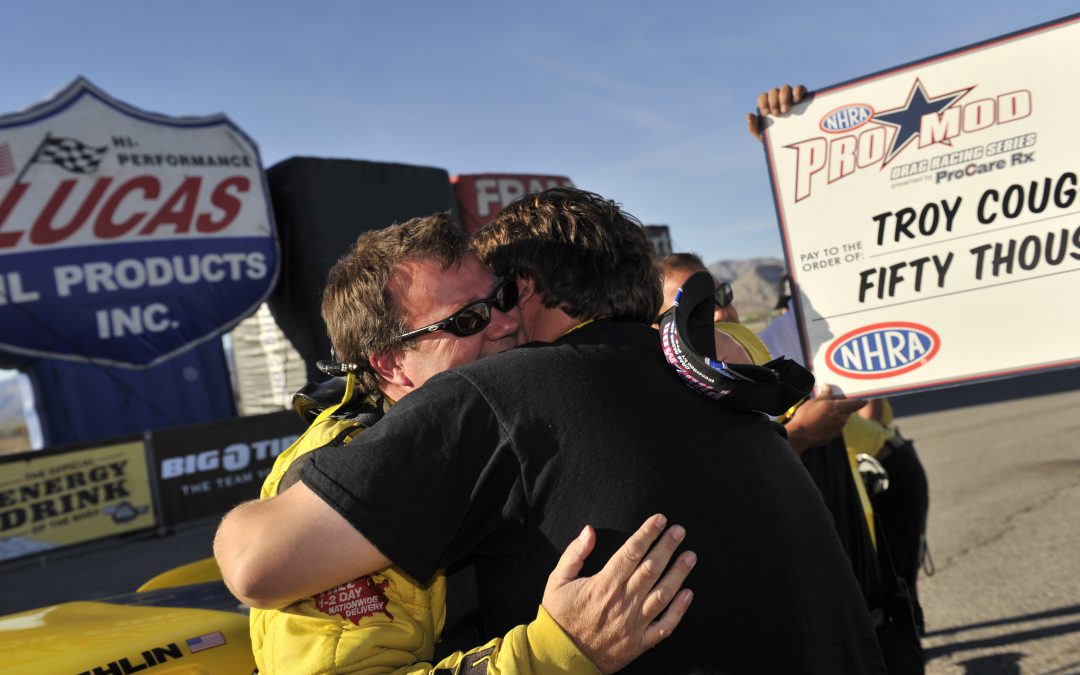 ST. LOUIS (Sept. 25) — As the drag racing season wanes, Troy Coughlin Jr. finds himself in the mix for two world championships and a pair of divisional crowns, an exciting prospect for the 23-year-old, third-generation driver. But having already earned all the national-level points he can claim towards his goals, this weekend's second annual AAA Midwest NHRA Nationals is all about the hardware.

"As a family, me and my uncles have won 98 national events," said the younger Coughlin, who is widely known as T.J. "We're so close to 100 that all I want to do is help add to that total so we can break the barrier. It would be a dream come true to do it in St. Louis."

T.J. will have two chances to win the Wally trophy in St. Louis as he's competing in both his JEGS.com Super Gas Corvette Roadster and his brand-new JEGS.com Super Comp dragster. He'll be joined at Gateway Motorsports Park by his father, Troy Coughlin Sr., and his uncle, Jeg Coughlin. His father is the reigning world champion and defending event winner in Pro Mod, while his uncle is two-time Gateway winner in Pro Stock.

"As a group we have four chances to win," T.J. said. "I know it's so hard to win any race in NHRA and to win two times in a single weekend is very rare, but you can't help but imagine what it would be like.

"If I could pull it off and share the winner's circle with my Uncle Jeg or my dad, that would be the highlight of my life. Especially my dad. I've been his biggest fan for as long as I've been old enough to know about drag racing. When he won the Pro Mod championship last year I was probably the most emotional guy there. If we could share the winner's circle, that would be right up there with the feeling I had then."

Qualifying in the sportsman categories begins at 8 a.m., Friday.

After St. Louis, T.J. has one more divisional race where he can claim points in both Super Gas and Super Comp. That Division 2 event takes place Oct. 11-13 in Georgia.