Troy Coughlin Jr. falls in the first round 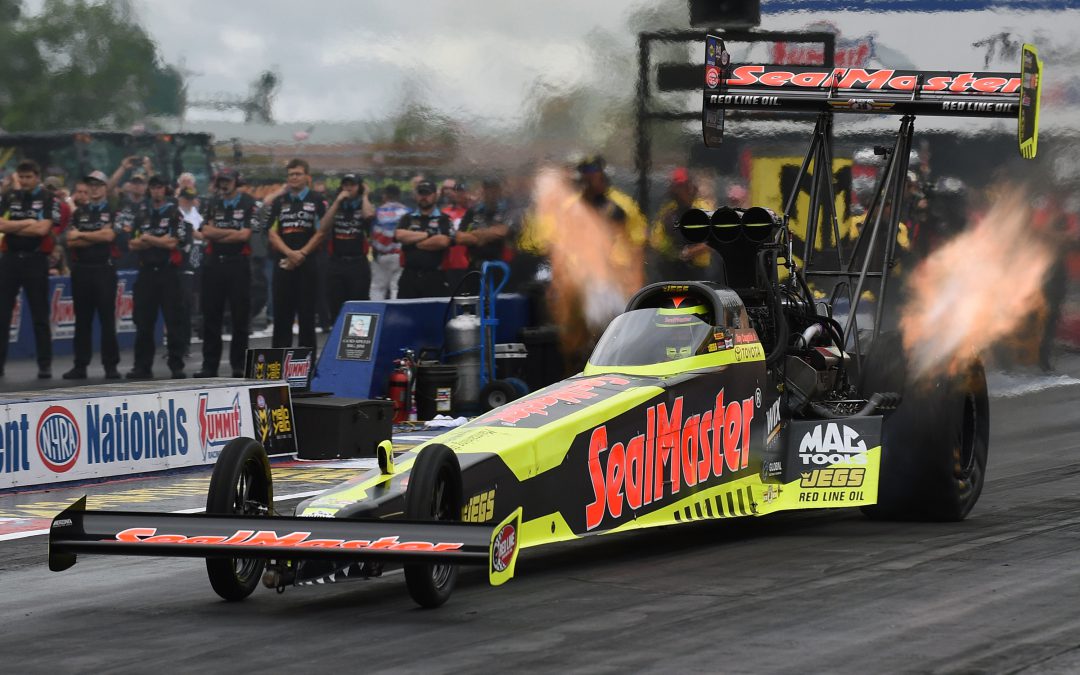 Race Recap: With many friends and family around, Delaware, Ohio native Troy Coughlin Jr. had Norwalk marked on his calendar for months.

The first three sessions of qualifying did not lead to the desired results for the SealMaster team as they set on the outside of the qualified field with one lap remaining. However, that did not faze the rookie driver as his last pass was clean and straight down the Norwalk surface. The 3.894 second run was good enough for the 14th qualified position.

Unfortunately, the problems returned for the SealMaster driver in the first round of eliminations against Steve Torrence as Coughlin Jr.'s machine fell to near-immediate tire smoke. Coughlin Jr. pedaled, but Torrence was making a clean pass and he took that to the round win.

Quotable: “It is what it is. We are testing tomorrow and are going to make sure we have the SealMaster Toyota ready for Chicago."