Troy Coughlin Jr. falls to teammate in first round 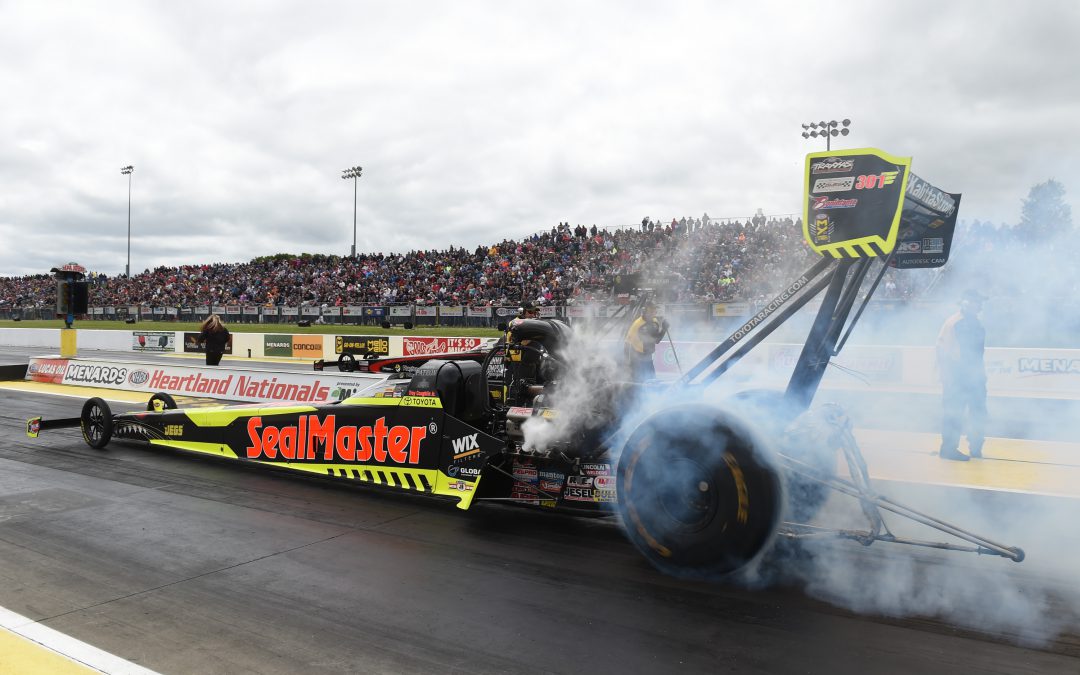 Race Recap: Troy Coughlin Jr. and the SealMaster team continued learning in Michigan during the week off and looked to take advantage of that at Heartland Park Topeka.

The first qualifying pass was solid as Coughlin Jr. went down the track in 3.809. However, the SealMaster team was unable to improve on that pass in the remaining two passes, and they moved down to 11th on the starting ladder and a draw with teammate Shawn Langdon in the first round.

Coughlin Jr. was solid on the tree with the SealMaster Toyota, but the machine suffered problems at the 300 foot mark and Langdon was able to score the round win.

Quotable: “We were aggressive with the tuneup and got in trouble at the 300 foot mark. All-in-all, it is coming around. We are getting data, keeping good notes and we hope we can have some more success with this SealMaster Toyota in the near future."