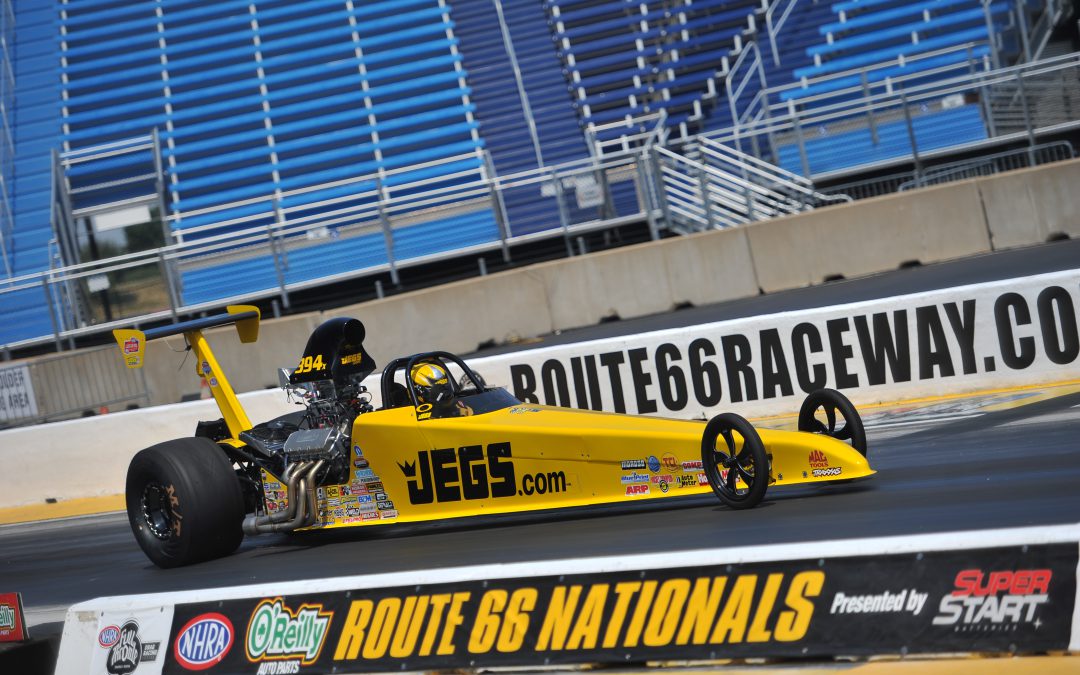 Coughlin got off to a fast start in the popular high stakes E.T. bracket race when he won Thursday’s Dragster Gambler’s event. Coughlin defeated fellow Buckeye Steve Taylor of , in a double breakout round to claim the $2,000 top prize.

"It was nice to pick up a win right off the bat," Coughlin said. "That’s always fun and it’s a good way to set the tone for the rest of the weekend.

"Me and Steve were almost even off the starting line so I made the decision to go ahead and let him go and hope for a breakout, which is exactly what happened. It might not have been the most flawless execution of my career but it was good enough to light the win light and that’s the important thing.

“It was a long night. When I got my time slip after the final, it read 12:40 a.m., so it was actually Friday morning but it was fun. I had most of my buddy’s in the winner’s circle and we had a lot of fun."

Coughlin posted several other strong finishes during the multi-day race, including a fourth-round showing in Saturday’s $50,000-to-win main event. Coughlin fouled against eventual winner Gary Williams. He also drove to a pair of third-round finishes in each of the $10,000-to-win companion races.

"I got to make a lot of runs, which is always a good thing," Coughlin said. "This is a tough place to race because there were a lot of good racers here but it was a fun weekend. The Ledford family has been running this track for a long time and they do a great job. This is one of those big bracket races that everyone wants to win and put on their résumé."

Longtime family friend and traveling partner Kenny Underwood also enjoyed a solid outing by driving to the final round of Friday’s $10,000-to-win event before being sidelined by a broken engine. Underwood later borrowed a dragster from Steve McCrory, and continued his successful weekend.

“The way Kenny was driving, I really thought we were going to go to another winner’s circle," Coughlin said. "His engine problem was a little bit of a setback but overall Kenny, Jay [Schroeder, crew chief], and I all had a good weekend."