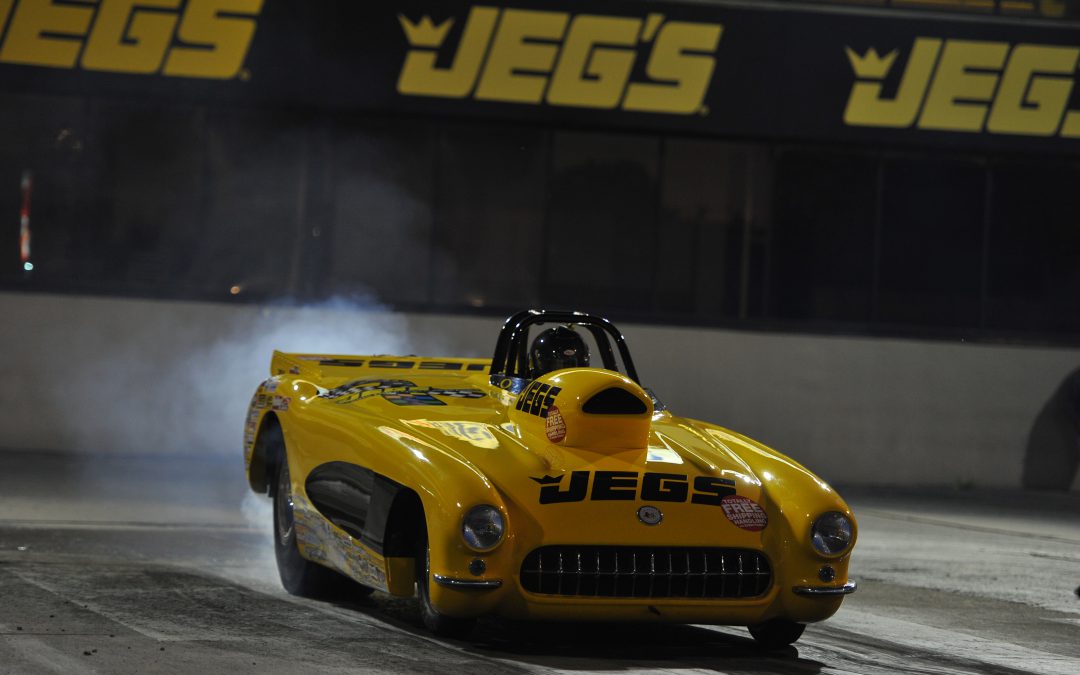 Coughlin will race both Super Gas and Super Comp at the event, which runs through Sunday. There will also be national and divisional championship implications on the line for him.

"It should be a good weekend," Coughlin said. "The weather looks good. As long as we go a few rounds, we should be good."

"This race is our last chance to claim any points," Coughlin said. "Some of the guys I'm chasing and who are chasing me still have more races they can count toward their total. It boils down to both my Team JEGS cars needing to win this weekend."

Fortunately for Coughlin, he's had a ringside seat for some dramatic championship runs from his father and uncles over the years, which helps keep some of the nervousness at bay.

"I like to keep the same mentality at the track no matter what the situation," Coughlin said. "I've waited my whole life for an opportunity to be in a race like this. I've thought about this enough and I know how I want to feel in this situation. It might be totally different someday, but right now it feels nice.

"Seeing my other family members win championships has helped fuel my fire to get one of my own. This weekend is about having confidence, being calm, and taking it one round at a time."

Coughlin realizes the odds of coming away with a national NHRA title and two divisional crowns in the same year is a long shot, but stranger things have happened.

"We're delivering miracles," Coughlin said. "All things are possible when you have the right attitude. I'm in the hot seat ready to take my shot at it."