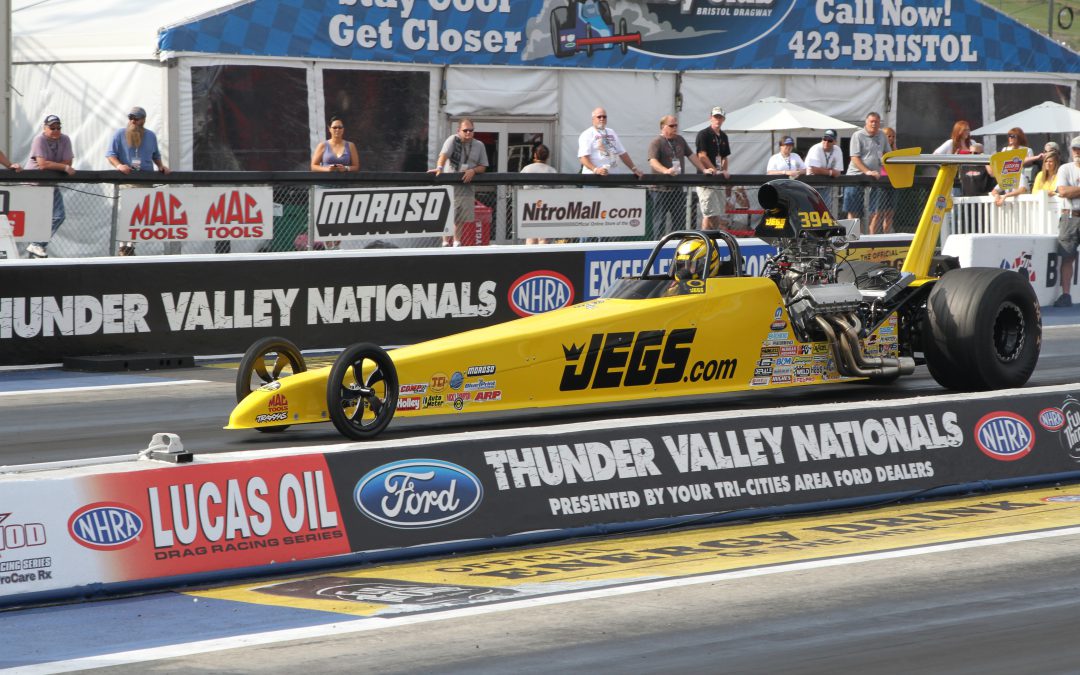 BOWLING GREEN, (Aug. 22) – For nearly four decades, the Coughlin family has been an integral part of the landscape at historic in

The familiar yellow and black colors of the JEGS Mail Order team have graced the Beech Bend winner’s circle often, beginning with family patriarch Jeg Coughlin Sr., who won the Pro Comp title at the track in 1975. Jeg Sr.’s sons — John, Troy, Mike and Jeg Jr. — have all carried on the family tradition with Bowling Green wins and now third-generation racer Jr. is hoping to add to the family legacy as he brings his JEGS.com Super Comp and Super Gas entries into this weekend’s annual North Central Division Lucas Oil Series event.

"I’ve been coming to this track ever since I was a little kid and we have always enjoyed racing here," Troy Jr. said. "I’m very familiar with the success that my grandfather, my dad, and my uncles have at this place and I can’t wait to bring home a trophy of my own."

As the final tune-up before the prestigious Mac Tools U.S. Nationals, Coughlin is looking at the Beech Bend event as an opportunity to hone his skills in the demanding super classes, where near perfection is often required for success. Coughlin is especially pumped up following his Round 4 finish in Super Gas at last weekend’s Lucas Oil Nationals in

"I’m still fairly new to Super Gas but I’m absolutely loving it," Troy Jr. said. "This car is so much fun to drive and I know it’s just a matter of time before we rack up a big ‘W’ with it.

"Last weekend in Brainerd, I feel like we were in a position to win but [eventual winner] Luke Bogacki had other ideas. I just lost a good close race but that’s okay. I learned a lot and that’s what counts in this game."

Coughlin will also be behind the wheel of his JEGS.com Super Comp dragster. He has enjoyed tremendous success in Super Comp since his debut, winning the event in 2009 and the Mac Tools U.S. Nationals in 2010.