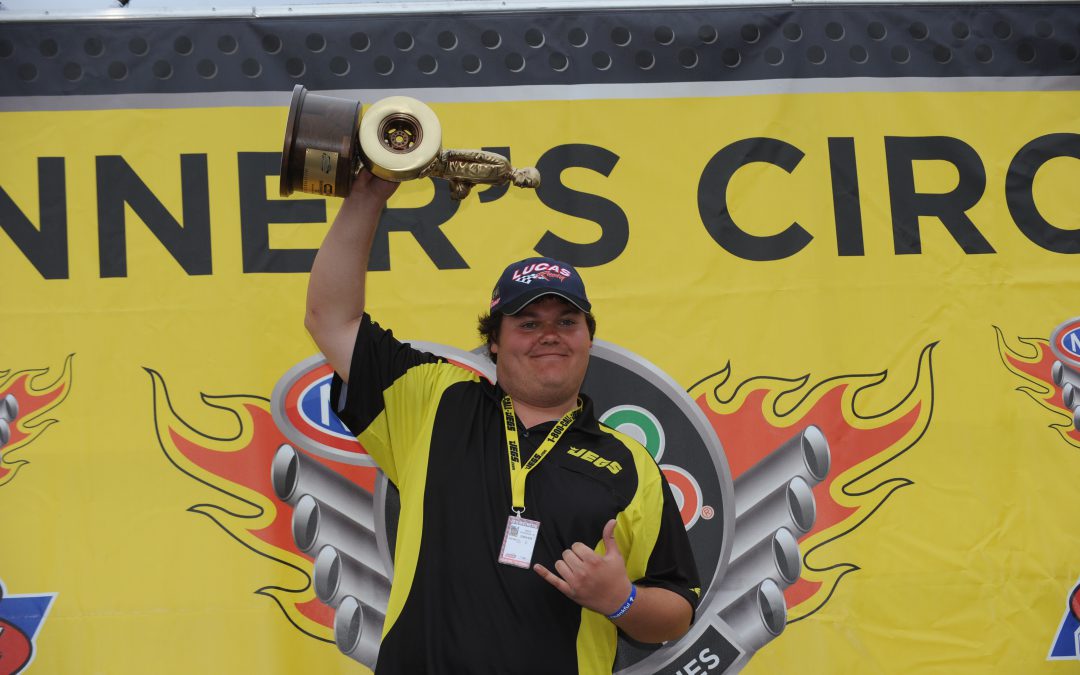 MONTGOMERY, Ala. (Oct. 17) – After finishing up the NHRA portion of his drag racing season, Troy Coughlin Jr. has decided to squeeze in some bonus racing by taking the JEGS.com dragster he uses in Super Comp to the 18th annual Million Dollar Drag Race at Montgomery Motorsports Park.

The annual bracket race draws some of the best big money racers from all over the country, which Coughlin said always makes the event a big challenge.

"There's a lot of stiff completion from every direction on the map," Coughlin said of the eighth-mile race. "You've got to be on your game for sure. I've done well at some other big bracket races before, but I've never done that well at the Million Dollar race, so the goal this weekend is to change that."

While the nuts and bolts of the race might be different than an NHRA points race, Coughlin said the mentality doesn’t really change.

"These races are all about focus," Coughlin said. "You have to concentrate, but there's no pressure with points. The pressure comes from being the best you can be. There's a lot of repetition at a race like this. It's a lot of laps in a short period of time. You have to stay sharp.

"It'll probably be a nine or 10 round race, not including a buyback round."

The choice to go racing this weekend came on at a spur of a moment for Coughlin. He said the car and his Team JEGS crew had such a strong end of the season run, that it seemed a shame to shut things down for the year.

"Might as well go race," Coughlin said. "The car works and I've got great help. I've got a new crew guy who races with me, Justin Beaver. He does a great job and I figured that since he started off so great, we might as well keep going.

"Working together as a team is a big part of drag racing and any time you have a chance to get out there and make things better, you can't turn it down."

The actual winner’s share is based on car count but the balance of the purse is guaranteed with the runner-up receiving $50,000. Last year's race winner took home $225,000. This year's Million Dollar race gets under way Saturday.