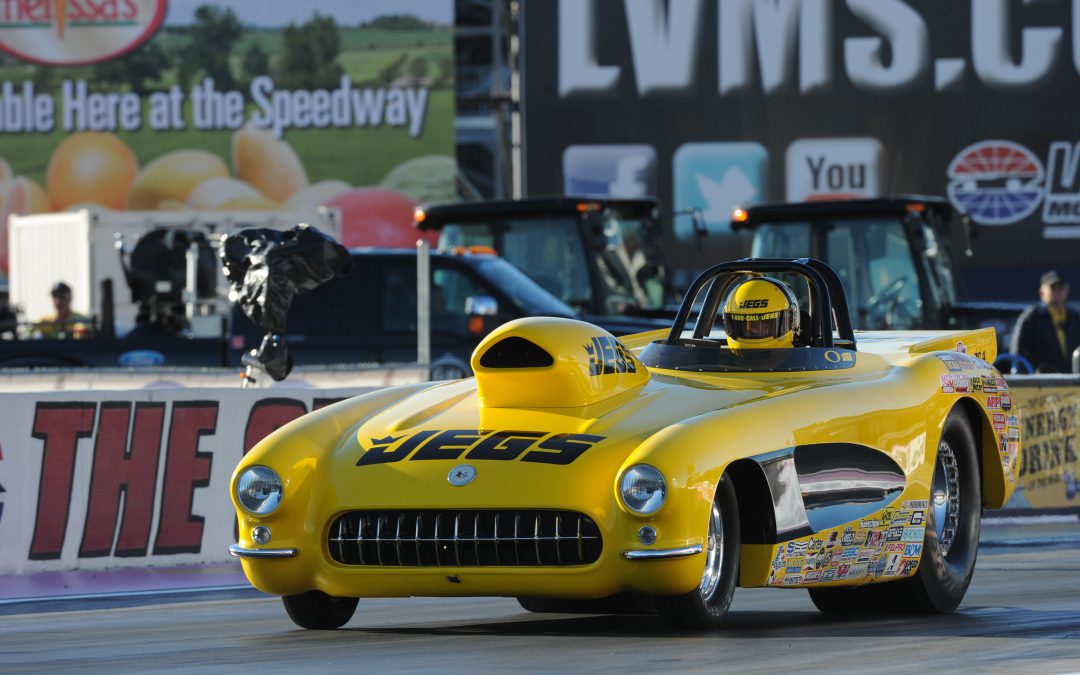 LAS VEGAS (Nov. 5) – Following a pair of tough weekends where racing luck all but abandoned him, Troy Coughlin Jr. is more than happy to put Las Vegas in his rear-view mirror and head for sunny Southern California. After struggling at the recent Big O Tires Nationals and last weekend’s Pacific Division Lucas Oil Series event at The Strip at Las Vegas Motor Speedway, the third-generation racer is hoping that a change of venue will help salvage what has thus far been a frustrating road trip.

“We’re really struggling right now but when that happens, all you can do is fight through it,” said Coughlin, who competed in both Super Comp and Super Gas in Las Vegas, but failed to reach the late rounds in either class. “Both of my cars have been very good, but that’s not enough to get the job done. You have to hit the Tree. You have to make good decisions as a driver and I’ve been missing that lately.”

As he prepares for this weekend’s season-ending Automobile Club of Southern California NHRA Finals, Coughlin is eager to follow the advice of his uncle, five-time NHRA champion Jeg Coughlin Jr.

“I’ve talked to Jeg quite a bit about the mental side of racing and I know that the biggest thing for me is to stay in a positive state of mind,” said Troy Jr. “Jeg keeps telling me that I have to trust myself and continue to make smart decisions. When you do that the results will eventually come around. I certainly trust his advice because he’s never steered me wrong before.”

Despite the adversity he’s faced lately, Troy Jr. is excited to make his first appearance at Auto Club Pomona Raceway, a facility that is often acknowledged as the birthplace of organized drag racing.

“I went to Pomona in 2000 when I was ten and I watched uncle Jeg clinch the Pro Stock World Championship,” Coughlin recalled. “Even then, I knew it was a special place. Pomona is a lot like Indy, a win there can help make a whole career. I’d love to add my name to the list of champions who have won there.”

Upon their arrival in Southern California on Tuesday, Mike, Jeg Jr. and Troy Coughlin Jr., will have a special treat in store for them as they will visit Jay Leno’s Garage in Burbank, where they will have the unique opportunity to view the world-renowned car collection of the popular late night talk show host.