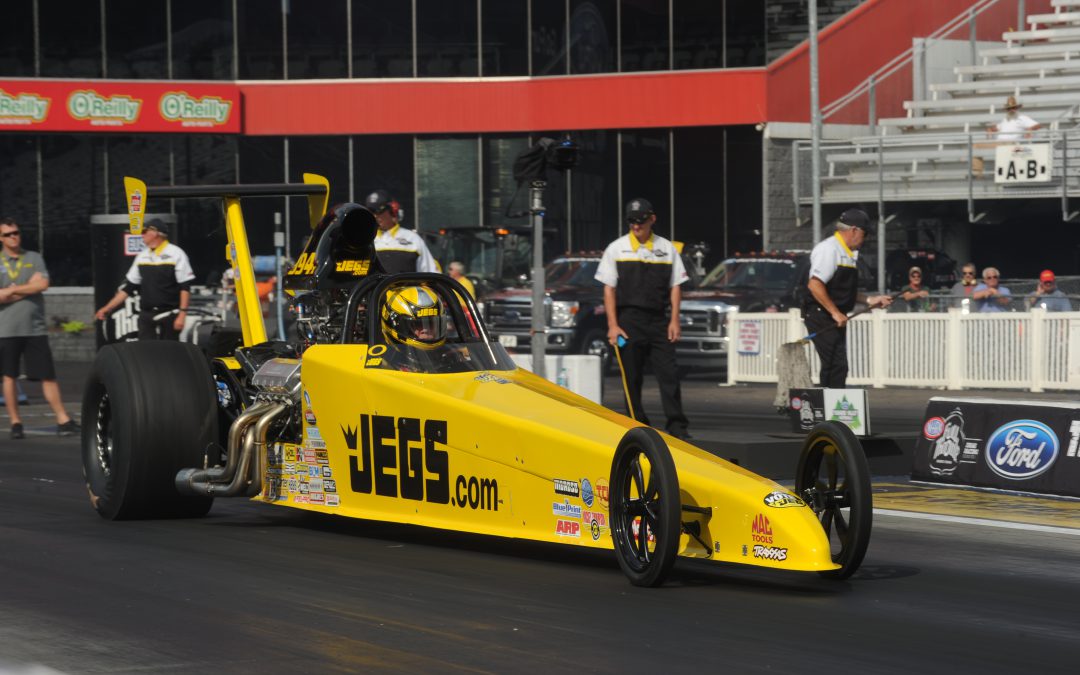 MONTGOMERY, Ala. (Oct. 17) – There are big money E.T. bracket races, and then there is the CARS Protection Plus Million Dollar Drag Race, just ask Troy Coughlin Jr., who admits the top prize is "life-changing."

Known throughout the drag racing world simply as "the Million," the event was launched in 1996 as the brainchild of veteran promoter George Howard, who boldly offered sportsman drag racers the opportunity to compete for one of the largest one-day prizes in all of motorsports.

The inaugural event was won by Memphis-area racer T.J. Tracey, who used his monthly mortgage payment to post the $2,000 entry fee and ultimately parlayed his risky investment into a $125,000 windfall.

The list of Million Dollar Drag Race winners since then is a virtual "Who’s Who" of sportsman drag racing, including Hall of Famer John Labbous, NHRA world champions Sherman Adcock Jr. and Ed Richardson, Steven Hughes, George Tamasi Sr., and E.T. racer extraordinaire Gary Williams, who performed an unrivaled feat with a pair of Million Dollar Drag Race victories in 2004 and 2007, joining his brother, Troy, who won the event in 1998.

Now in its 17th year, veteran racer/businessman Randy Folk is the current promoter of "the Million," which is held at Montgomery Motorsports Park, and continues to attract top tier racers from all over the country. The top prize is determined by the number of entries and it's not uncommon for the champion to take home upwards of $300,000.

This year, the JEGS Mail Order team will once again be represented by third-generation racer Troy Coughlin Jr., who will be behind the wheel of his JEGS.com dragster. The winner of several big money E.T. bracket races and a pair of NHRA national event titles, including the Mac Tools U.S. Nationals, Troy Jr. already has a reputation as someone who is able to elevate his game when the stakes get high.

"This is my third trip to 'the Million' and I’m really looking forward to it because there is so much history here," said Troy Jr., whose previous best at the event is a Round 4 finish. "To win this race is the dream of every bracket racer in the world. If you look at the former champions like Gary Williams and Sherman Adcock and John Labbous, it’s an honor just to race with some of them."

In addition to the main event, the race also features the Phantom Race Cars Triple 20s, a series of three $20,000-to-win races bracketing the main event on Thursday, Friday and Sunday. There are also a host of other special features including more than $30,000 in product giveaways, making this one of the most highly-anticipated events of the season.