Troy Coughlin Jr. loses a tough one in his 4-Wide debut 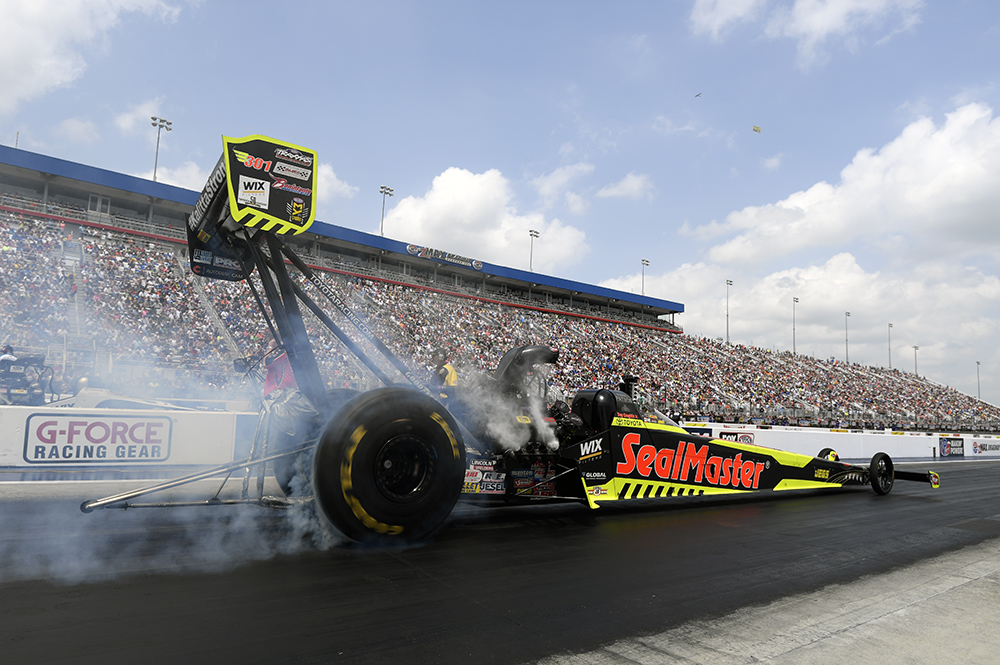 Race Recap: For rookie Troy Coughlin Jr., the Four-Wide Nationals was a new challenge to his debut season. However, with his new SealMaster team, they were ready to mount a serious move.

In the first session of qualifying, the SealMaster team was especially strong. Coughlin Jr. recorded a 3.729 second pass that was second-best of the session. The SealMaster Toyota would later fall to fifth, but that earned Coughlin Jr. his best career start.

With the second choice of lanes in the first quad to see the track, Coughlin's SealMaster machine was positioned in the lane one with opponents Steve Torrence, Scott Palmer and Dom Lagana. Unfortunately, Coughlin Jr.'s day was quick, as the SealMaster Toyota fell to near immediate tire smoke. He tried to pedal, but his opponents all made clean passes ending his debut Four-Wide Nationals event.

Quotable: “We are bummed for SealMaster and Toyota. The team is starting to gel so well. We spun at the hit: I pedaled it once, but it still didn't do me any justice. I am starting to feel it. Doug has been teaching me this week. I definitely learned something."