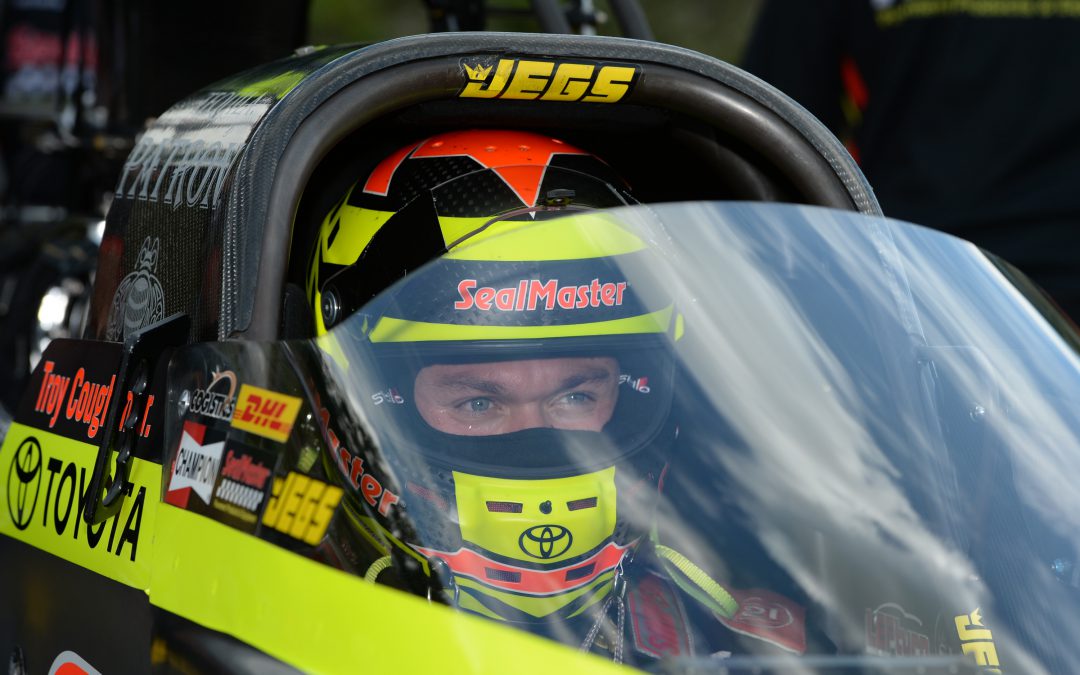 Race Recap: With Englishtown in the rear-view mirror, the SealMaster team and driver Troy Coughlin Jr. looked to continue the growing process at his first race at Thunder Valley.

Qualifying did not go as planned as extreme conditions in Bristol caused several machines to have difficulty getting down the track. Coughlin was able to wheel the SealMaster machine to a 4.014 second pass and that was good enough to seed the SealMaster team in the 14th position.

Their first opponent was Leah Pritchett. Coughlin Jr. was able to get the jump at the starting line. The SealMaster machine crossed the 60 foot and 330 foot marks still ahead, but soon after suffered tire smoke. Coughlin Jr. attempted to pedal twice, but the engine went silent and he was forced to watch Pritchett cross the line just in front of his dragster.

Quotable: “It is a bummer the way the day ended up for the SealMaster Toyota. We are making strides. I am getting used to the car and how it acts; it is the first time we have pedaled it in eliminations. We will carry the momentum of experience on to Norwalk."