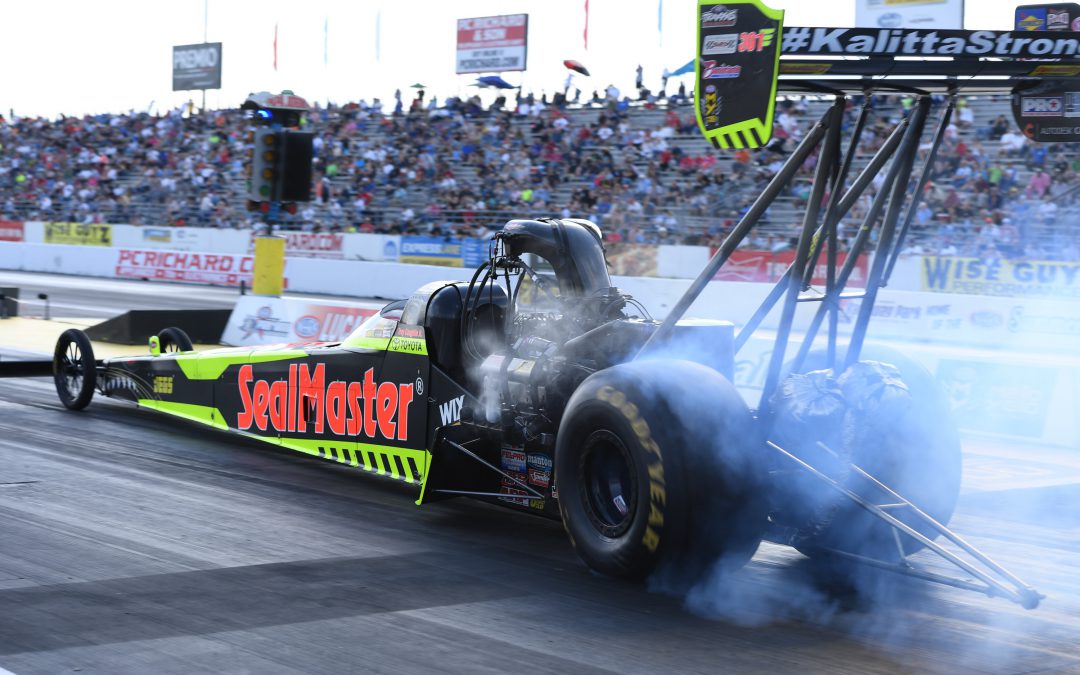 Race Recap: After a solid round win in Epping, Troy Coughlin Jr. and the SealMaster team were excited to continue their run in Englishtown.

Coughlin Jr. continued to have a solid qualifying run as he made four passes down the race track with each pass in the 3.8-second range. The tuning trio of Jim Oberhofer, with assistance from Nick Casertano and Glen Huszar, delivered a top three performance in the final qualifying session, giving Coughlin Jr. a bonus point and the 10th starting spot.

Coughlin and the SealMaster team drew last week's winner Brittany Force in round one. The SealMaster driver moved first and the race was close throughout. Force took the lead for the 330 foot mark and she was able to close it out at the finish line sending Coughlin Jr. home in the first round.

Quotable: “We're making runs down the racetrack and gathering great data for Jim O, Nick and Glen. I need work on my downtown focus and keep this SealMaster Toyota in the groove better as well."