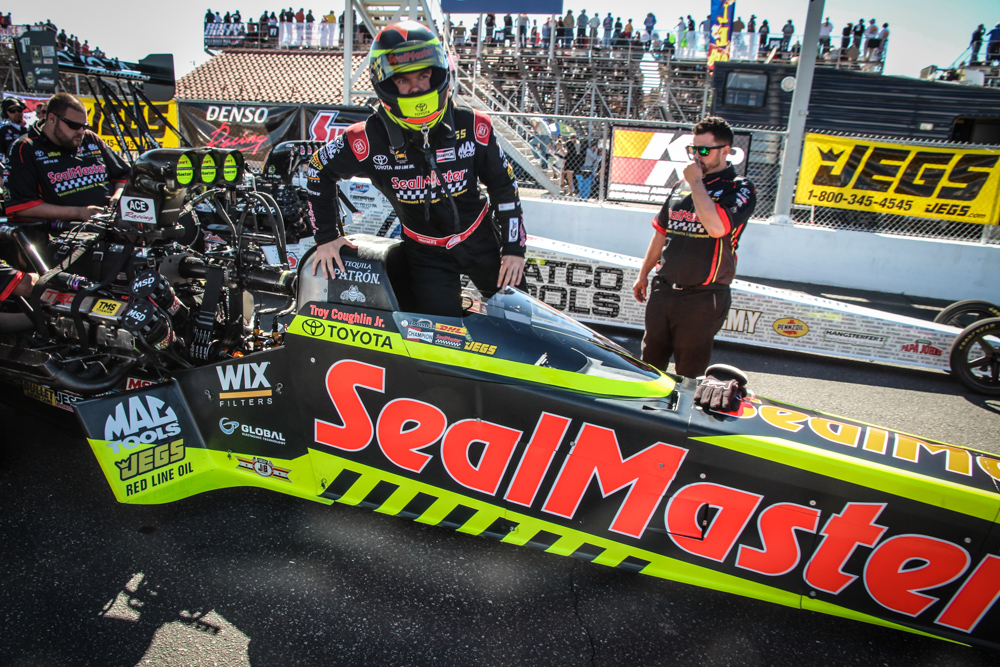 Quotable: “My comfort level is definitely growing in the SealMaster Toyota Dragster. We have our leader, Connie, back with us at the track, along with my grandfather, Jeg Sr., so this will only enhance my learning."

2017 Season Stats: Two starts; One round win; eighth in the point standings

Media Availability & Appearance: Coughlin Jr. will be in the Jacksonville market conducting interviews on Wednesday. On Thursday, he will be making an appearance at the University of Florida Health Shands Children's Hospital.