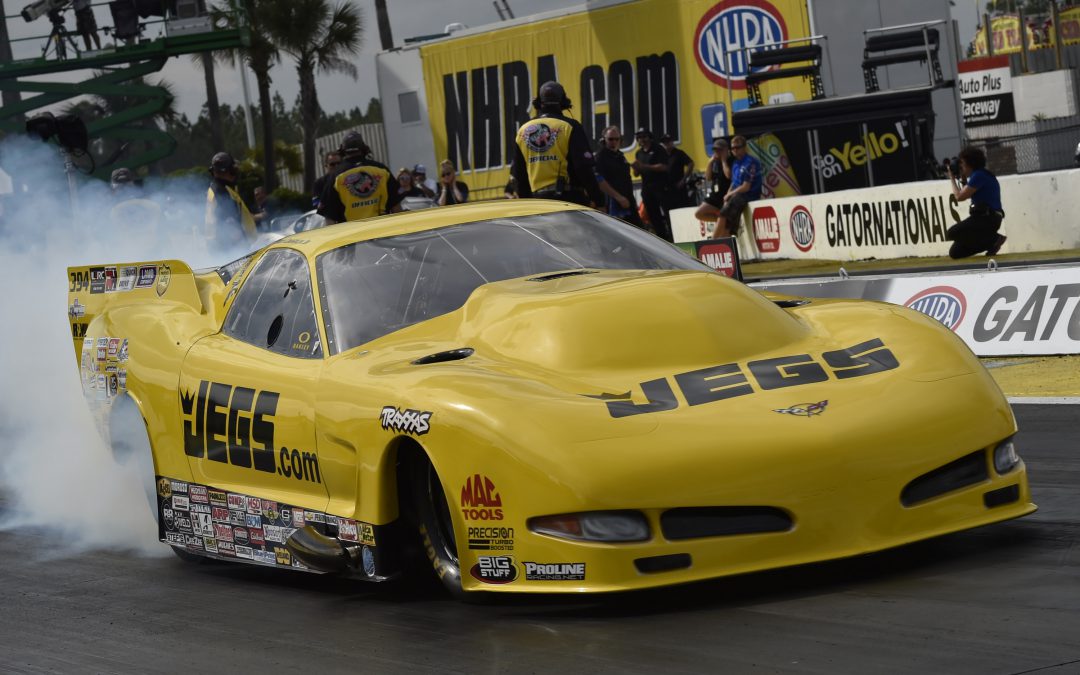 "We were low ET for the session, and Pops was top speed," Coughlin said. "All in all, a great day for the JEGS.com team. I couldn't think of a better way to start my pro career, and of course I'd love to hold on to that No. 1 spot."

Coughlin is moving up to the NHRA Pro Mod series for 2015 after a successful Sportsman career that included the NHRA Division 3 Super Gas championship and numerous races – notably two U.S. Nationals victories.

He is driving the yellow-and-black JEGS.com Corvette that his dad drove a year ago.

"I have to thank everybody who played such a huge role in getting this off the ground: crew chief Steve Petty, Mike Rees, Kyle Pettis, Justin Beaver and everyone at JEGS Mail Order," Coughlin said. "This is certainly a dream come true to drive this car, and I couldn't do it without them.

"I know I have a lot to learn this year, but this was a terrific first step. We're in it for the long haul, and I appreciate the opportunity to represent my family and JEGS in the Pro Mod series. I don't take that responsibility lightly."