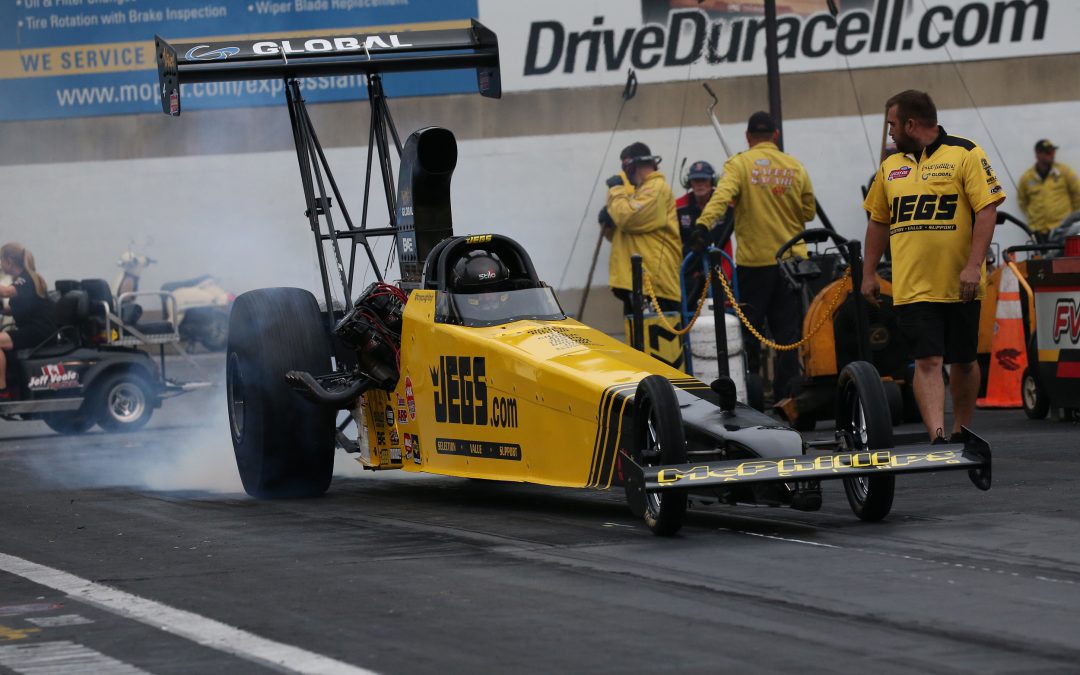 DINWIDDIE, Va. (Sept. 30) — This weekend's Power in The Park Division 1 finale at Virginia Motorsports Park will officially decide the East Region champion in Top Alcohol Dragster. The title chase has come down to current leader Josh Hart and second-ranked Troy Coughlin Jr. and the final scenario is clear: Coughlin must win.

"This is about as exciting as it gets," said Coughlin, driver of the JEGS.com McPhillips Racing dragster. "These are the sort of races and situations you dream about as a kid. There's been a lot of build-up since the last Division 1 race earlier this month in Epping (N.H.) and I'm ready to have some fun in Richmond and see what happens.

"I know my guys — Rich and Richie (McPhillips), Duke Roney, John Flenard, Andy Goode, Charlie Wroten and Charlie Greco — have worked as hard and diligently has humanly possible towards winning a second straight regional championship and I really want to close it out for them. That's the main thing driving me right now."

In order to win this year's East Region championship, Coughlin must come away with the Power in The Park trophy. Anything less will award the title to Hart.

Interestingly, should Coughlin win this weekend, it will require a tiebreaker to decide the ultimate outcome, as a win would deadlock Coughlin and Hart in the final rankings. By rule, the first tiebreaker is the duo's head-to-head record, which favors Coughlin 2-1. Coughlin beat Hart in Atco and Bowling Green, while Hart bettered Coughlin in Epping.

"Josh is a friend and a great drag racer," Coughlin said. "No matter what happens, it's been a great year for both of us. The two of us will roll into this weekend with the same goal of winning the race. Whoever does that will be the champion. I wish him and his team good luck. They are a great group over there."

This isn't Coughlin's only chance at a championship this year. He's still very much in the hunt for the national title, trailing only Megan Meyer and Shawn Cowie in the rankings. Additionally, Coughlin will continue to accumulate JEGS Allstar points. He currently leads the East Region in that category.

"It's hard to believe the success we've had the last two years since I started racing Top Alcohol Dragster," Coughlin said. "Without question, I'm lucky enough to be aligned with one of the top teams in the sport."

Aside from JEGS, Coughlin receives associate sponsorship support from Global Electronic Technology. The McPhillips Racing dragster will have pink accents in the month of October in support of Breast Cancer Awareness.