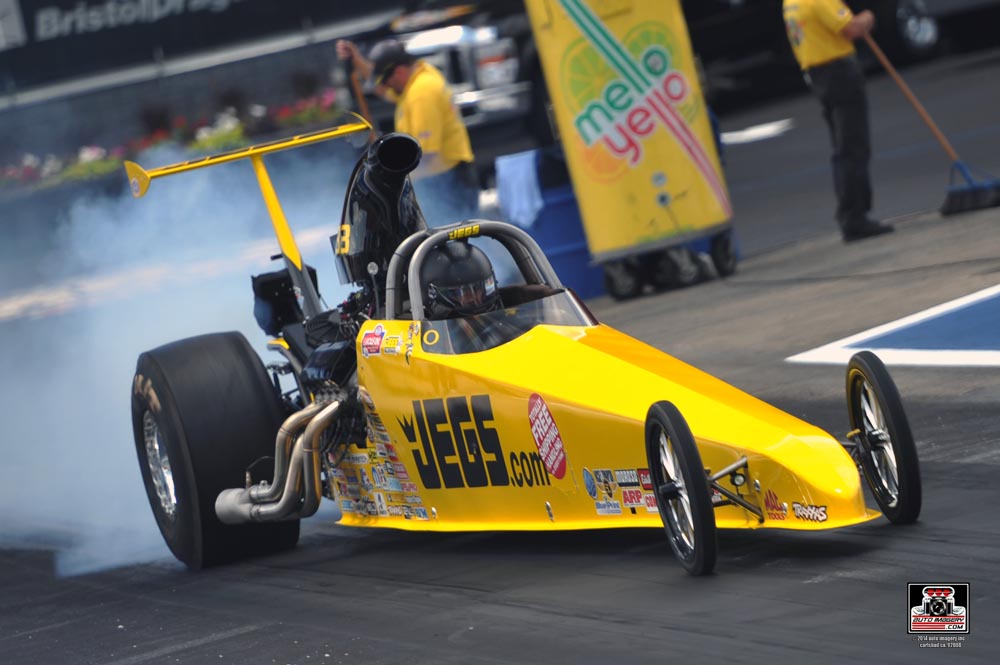 CHICAGO (June 23) — Sportsman star Troy Coughlin Jr. will be bringing both of his JEGS.com-branded drag cars to Route 66 Raceway this weekend with high hopes of solidifying his place in the 2014 championship chase.

The multi-time NHRA winner says the mid-year timing of the annual Chicago race makes it vitally important for all Sportsman-level hopefuls, and he places himself at the top of the list of racers wishing to kick-start their second-half runs with another Wally trophy or two in hand.

"For me, it's gotta happen now if I want to be a real player in the points this year," Coughlin said. "This is a turning point in the season for our team. Either we do well and get right in the mix or we change our thinking and just try to win races down the stretch and upset the other drivers going for the championships up for grabs.

"We need a big weekend, in both cars really. The exciting thing for us is that we have the car and the crew to compete with anyone in the sport. If we do everything right, and get a lucky break here or there like everyone needs to win one of these things, then it could very well be our weekend."

"I've got Uncle Jeg with me this weekend (racing in Pro Stock) and for whatever reason I seem to do well when he's at the same race as me," Coughlin said. "He's been such a great coach and mentor to me. I think I'm just calmer and more focused when I'm around him because I feed off his style. He's a five-time champ with dozens of wins so I try to be like him whenever I race.