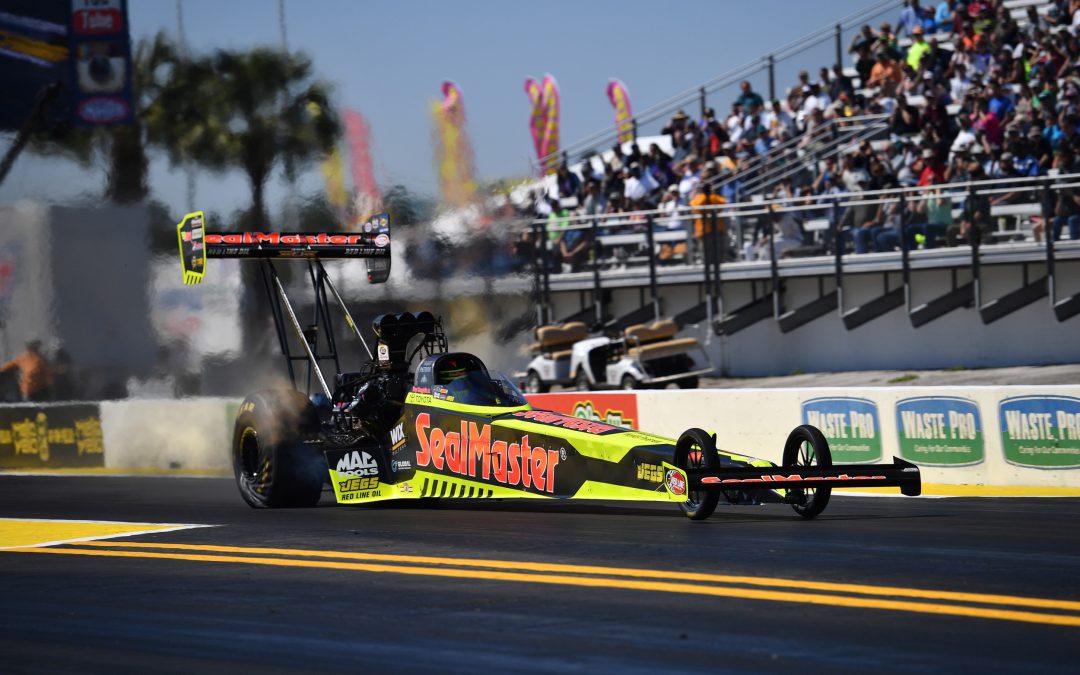 Quotable: “The learning continues and what better place to get back on track than Las Vegas Motor Speedway. The SealMaster Toyota dragster is fresh and ready to go thanks to my guys."