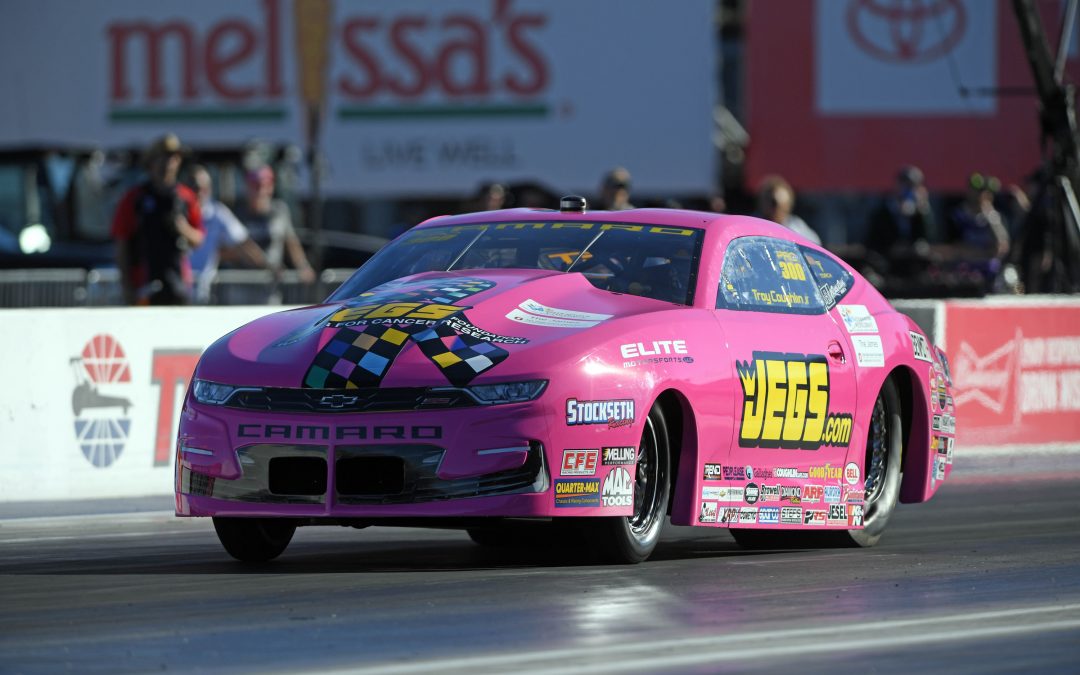 LAS VEGAS (Oct. 31) — Although the odds were stacked against him, Pro Stock driver Troy Coughlin Jr. managed pull off the upset of the year against class leader Greg Anderson to help his Elite Motorsports teammate Erica Enders gain big ground in the 2021 championship fight.

Pulling out all the stops to chip away at Anderson’s 92-point advantage over second-ranked Enders, Coughlin strategically placed his JEGS.com Chevrolet Camaro in the 16th and final qualifying position with the sole purpose of trying to topple Anderson, who had qualified on top of the field. 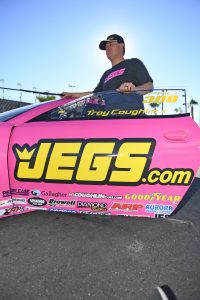 Despite having never beaten Anderson (0-6) in NHRA competition, along with the fact Anderson had won 54 straight first-round matchups against all competitors when starting race day from the No. 1 spot, Coughlin confidently rose to the occasion and pushed the reset button on the Camping World Drag Racing championship chase, beating Anderson on a holeshot by .0012 of a second, or about four inches.

“We did what we came here to do,” Coughlin said. “That was a huge round, no doubt, and racing a world champion like Greg Anderson with so much on the line definitely got the adrenaline going. We had a quick start and held on to win by a very close margin. It worked out perfectly.”

After that huge round, Coughlin matched up with Deric Kramer, whom he beat with a 6.665 at 204.54 mph to Kramer’s 6.683 at 203.06 mph. That set up a semifinal date with Enders herself, who had cruised through her first two rounds. The teammates had a great battle for half the length of the track before Coughlin’s car went silent, handing Enders a trip to the finals.

“This team is a family and we all know how it works at this point in the season,” Coughlin said. “It happened the other way around in the past with the same teams involved so now we’ll take these results and head to Pomona to see how it ends.

“My guys — Mark Ingersoll, Kyle Bates, Eric Luzinski, Kelly Murphy and Steven Hurley — are the best in the business. I love them all like brothers. They always work hard and make great calls. They’re the best in the business. The team itself is the main ingredient.” At the end of the day, Enders took runner-up honors and gained 60 points on Anderson. She is now 32 markers off first place. 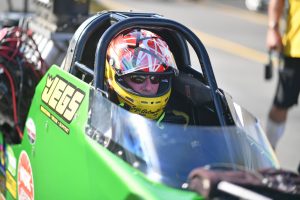 Another Coughlin making a little history today was Troy Jr.’s uncle Mike, who made his Top Alcohol Dragster debut with the same group that helped Troy Jr. win back-to-back regional championships in 2018 and 2019, McPhillips Racing. A three-time divisional champion in Top Sportsman and Top Dragster, Mike was all smiles after qualifying No. 3 overall and racking up his first elimination-round win in the nitro-injected dragster.

“I’d have to say my Top Alcohol debut was incredible,” Mike said. “I couldn’t have asked for much more, other than maybe to go a few more rounds today. This car is so neat and fast, and pulls so hard, as you might expect. I mean, it’s basically a Top Fuel car without a blower. “Things actually went so well this weekend we are moving forward with plans for me to race with these guys next year. They’re the best team in the category, in my opinion. They are consummate professionals who love what they do. They are very serious about racing but also have a great time. I love that.”

Mike was quick to credit Troy Jr., both for his help and his expert driving on the day. “It was obvious T.J. had the car to beat today but they worked as a team to reach their main goal,” Mike said. “It pretty much all came out perfect for them, so I’m happy for Elite and T.J. He was also a huge help for me, both mentally and physically, because he knows the McPhillips Racing dragster so well. He made it much easier for me to digest everything.”