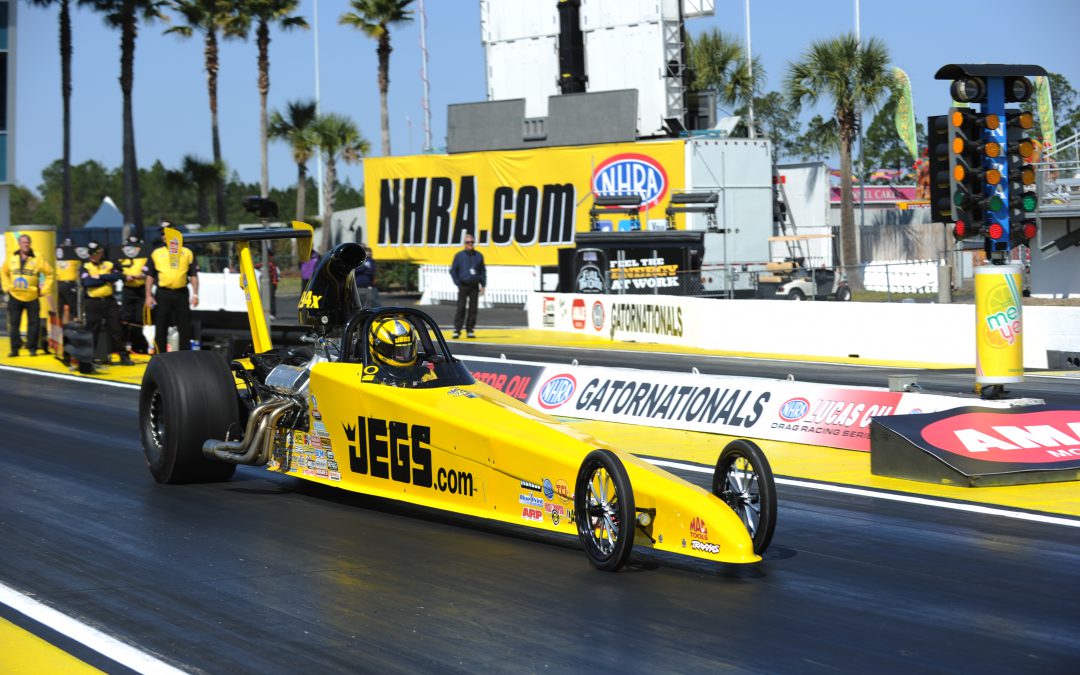 GREENSBORO, N.C. (April 10) – After a successful stint of Super Comp and Super Gas races that culminated with a victory at the recent Amalie NHRA Gatornationals, Troy Coughlin Jr. and the JEGS Mail Order team will now switch their focus to big money bracket racing during this weekend’s $50,000 Top Eliminator Classic on the eighth-mile course at Piedmont Dragway.

Coughlin will be driving his uncle Jeg Coughlin's JEGS Mail Order dragster in the event, which features three separate races on Friday, Saturday and Sunday, paying the winner $5,000, $20,000 and $10,000, respectively.

"I've had a blast racing in Super Comp and Super Gas over the last couple of months and we’ve done pretty well but it’s always nice to have a change of pace," Coughlin said. "Bracket racing it a completely different discipline but so far I’ve been able to go back and forth and make the adjustment fairly quickly.

"[Piedmont track operator] Gilmer Hinshaw and his crew do a great job and we really enjoy racing there. This event runs very smoothly and the track surface is second to none. It’s everything you’d want as a racer."

Coughlin, who will be joined at the Piedmont race by crew chief Jay Schroeder and traveling buddy and fellow racer Kenny Underwood, will need to be sharp as he plans to take advantage of a unique rule that allows one driver to "double-enter" the same car using two different competition numbers. That means that Coughlin will have two opportunities to win each race and a total of six entries for the weekend.

"It’s very hectic to double-enter the same car but you just have to make sure you have the extra discipline and attention to detail," Coughlin said. "After every round, you have to make sure you pull up in the shortest line so you can come back around quickly and race the second entry. I’ve done it before so we have a pretty good routine. It’s just a matter of sticking with the program.

"The cool thing is it increases your chances to win."