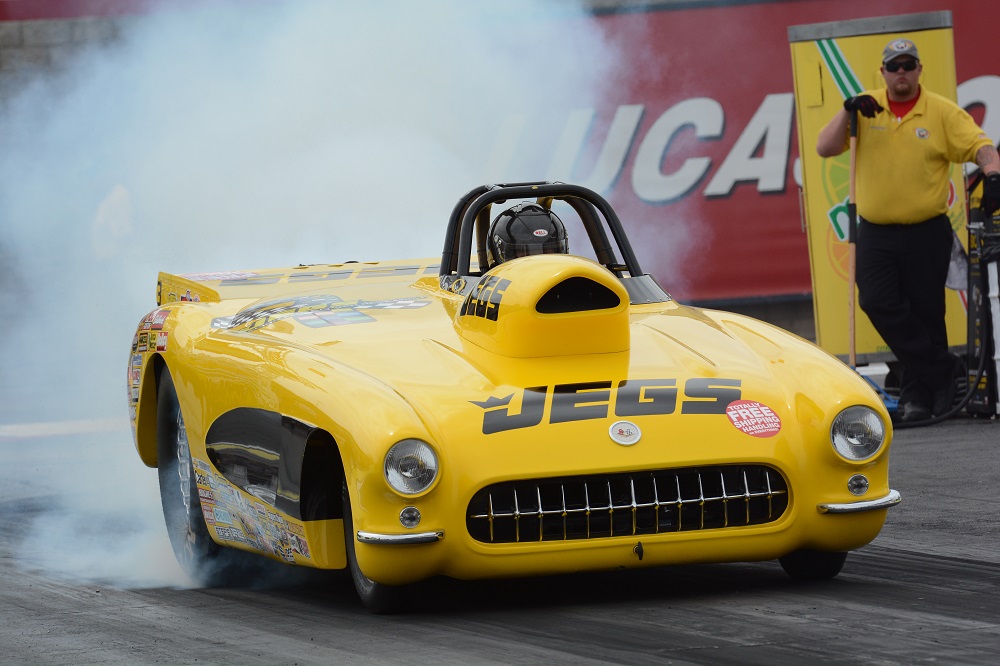 INDIANAPOLIS (April 22) — Third-generation drag racer Troy Coughlin Jr. is rested and ready for the 2014 season's first divisional race, which will take place this weekend at Lucas Oil Raceway at Indianapolis.

"Indy has a lot of history, not just for me but for my family as well," Coughlin said. "As kids we came to this track a lot and I have some great memories here."

Coughlin took home the D-3 Super Comp trophy at this event in 2010 and returned to the semifinals in 2012, so success at the track is not out of reach.

With an eye to the future, Coughlin will use Indy as one of two races he has left to claim points for this summer's prestigious JEGS Allstars race, which is held June 26-29 during the national event at Route 66 Raceway.

Currently, Coughlin is 30 points off the Super Gas lead. He'll be able to claim points in Indy and Norwalk, Ohio, before the field for the JEGS Allstars is set.

"Pat Martin is currently leading in Super Gas and he's a great racer, so I have to be perfect to even have a chance," Coughlin said. "Each round will be very important, and we have to give it our all at these next two races."

Action in Indy will begin at 9 a.m., Friday, with timed runs. Eliminations will take place Saturday afternoon for both categories.