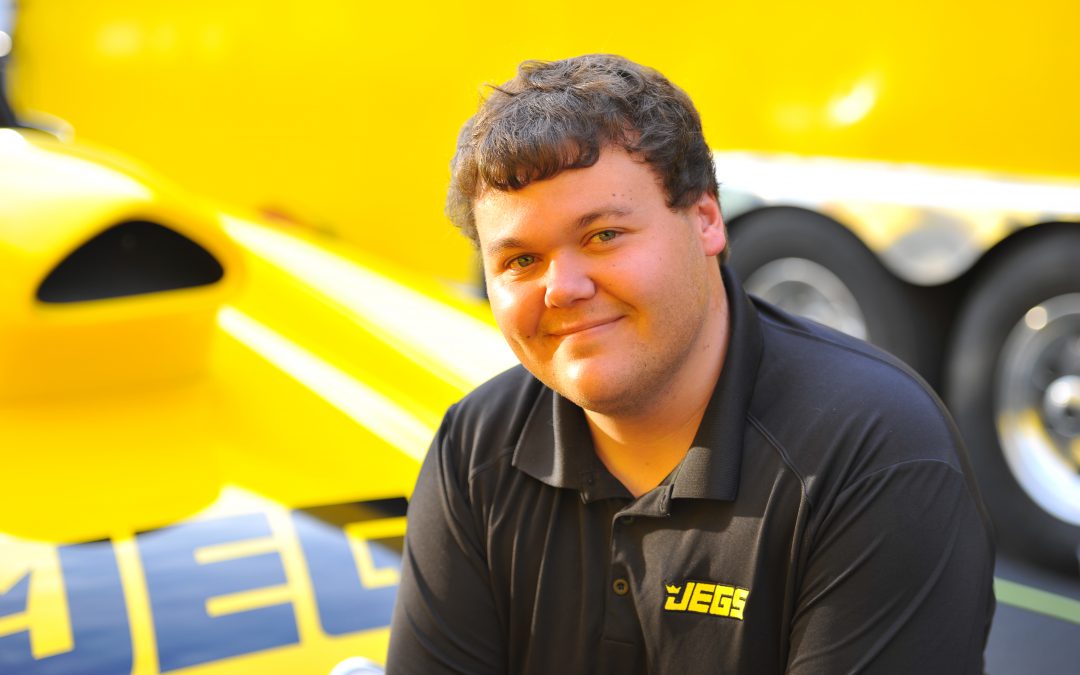 As is the norm at most national events, competed in both Super Comp and Super Gas and logged some impressive round wins. In his 1957 Corvette roadster, Coughlin raced through to the third session of Super Gas, eventually falling to Mike Wiblishouser. Coughlin's driving wasn't his downfall, instead it was a slight mechanical issue in his JEGS ride that caused him to bow out.

"I was doing fairly decent on the tree this weekend," Coughlin said. "We're not exactly sure what happened there but we will get it all back to the shop and have a look. Whatever needs to be fixed, these guys will get it done."

In Super Comp, Coughlin drove his JEGS-branded Miller-built dragster to the fifth round of competition. At that point, in a close race against Michael Dalrymple, Coughlin came up inches away from another round win as Dalrymple was closer to the 9.05-second index.

"I felt very confident with the start of the race against Michael but just couldn’t finish the job," Coughlin said. "Overall it was a great race but sometimes it just isn’t your day. I'm still not complaining about going five rounds."

The racing action at The Strip doesn’t end for Coughlin as a big money bracket race — The Spring Fling — will be taking place this upcoming weekend. The event includes a series of individual races and shootouts starting Wednesday, with some of the biggest names in bracket racing fighting for the various titles up for grabs.

"I’m pretty excited for the Spring Fling," Coughlin said. "It’s a whole different ball game and it really helps to get the extra seat time. My Mom is in town with us and it’s nice having her here for support."

Coughlin will be racing both his Miller dragster as well as an Undercover dragster belonging to his Uncle Jeg Coughlin Jr., the five-time and reigning Pro Stock world champion. The action begins at 10 a.m., Wednesday.