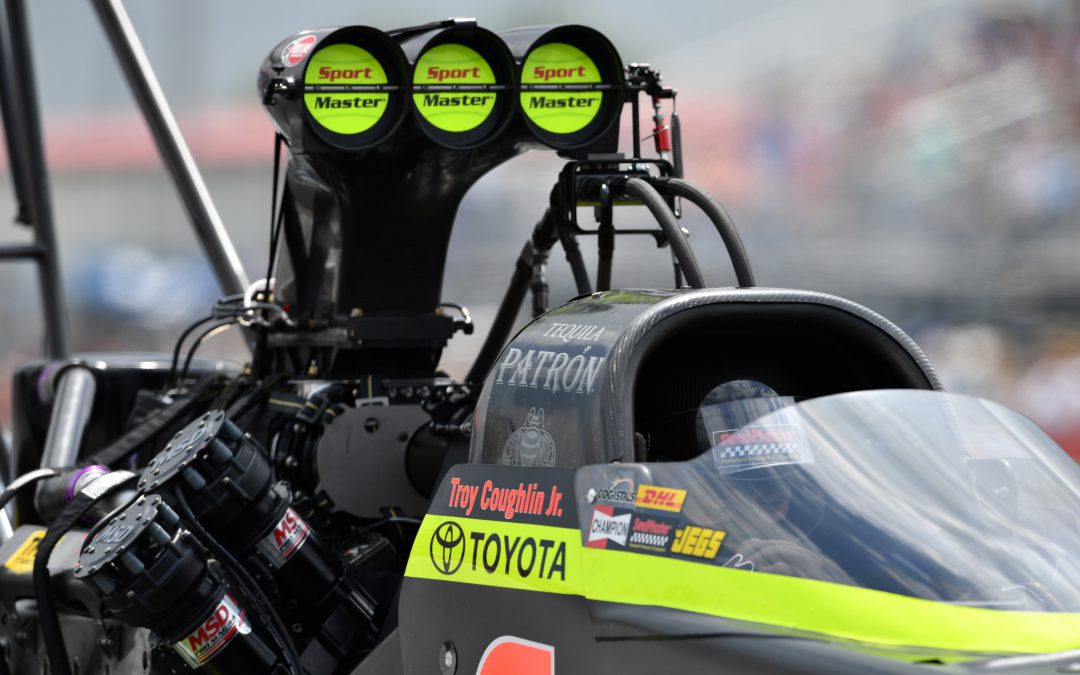 Race Recap: The SealMaster team had several changes since fans last saw the brightly-colored Top Fuel machine in Las Vegas. Auto Club Road to the Future candidate Troy Coughlin Jr. is now led by Jim Oberhofer, Nick Casertano and Glen Huszar; and with a new race car and a handful of new crew members, the pits were filled with excitement.

The new SealMaster ride had problems on its first attempt, but the team completed a clean eighth-mile pass on Friday evening. With 16 Top Fuel machines on the property, it allowed the new lead trio to show patience. In the last pass of qualifying, Coughlin Jr. set his spot in the field with a 3.862 second pass.

Coughlin Jr. and the SealMaster team had a tough draw in round one as they lined up against Brittany Force. The rookie driver moved first and was able to cross the finish line first even after encountering issues.

Despite falling in the quarter-finals, Coughlin Jr. was pleased with the amount of progress the SealMaster team made throughout the weekend.

Quotable: “Well, Texas wasn't as great as we wanted it to be. We have a new team and I am proud of my SealMaster guys. They are getting quicker and quicker each lap. The first foul committed in the round was me missing the tree. Being .110 is not going to help anything at all, but we will get this SealMaster Toyota buttoned up and continue to work as a team. We will continue to grow together and set the bar higher.