Troy Coughlin Jr. set for the ‘Big Go’ of bracket racing in Indy 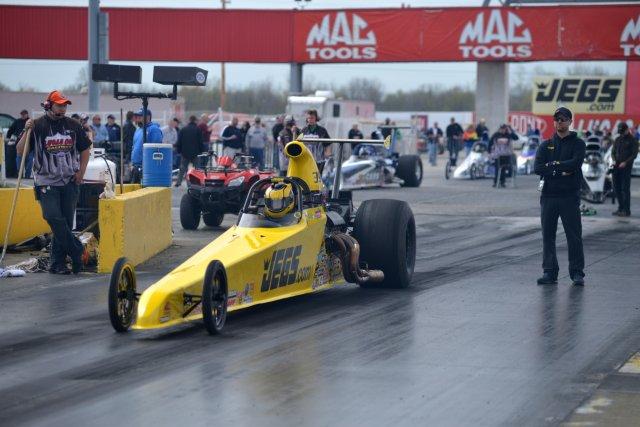 DELAWARE, Ohio (June 20) – Troy Coughlin Jr. has loaded up his JEGS.com dragster and is headed west to Lucas Oil Raceway for this weekend's JEGS U.S. Open in Indianapolis.

The JEGS U.S. Open annually attracts some of the biggest names in bracket racing and this year's edition appears to be no exception as more than 300 cars are on the entry list.

Nicknamed "The Big Go of Bracket Racing" in deference to the sport's longest-running national event that's been held at the same venue in Indy for six decades, the JEGS U.S. Open is the brainchild of noted bracket racer Mike Fuqua.

The first race was held nine years ago at Tri-State Dragway in Hamilton, Ohio, and was then moved to Beech Bend Raceway in Bowling Green, Ky., before finding it's current home in Indy.

"Mike puts on a really cool race," Coughlin said. "I really appreciate how he gives so much back to the racers. Being a racer himself he knows what it takes to compete and I like to think we keep the same ideals in mind whenever the JEGS name is on an event."

Coughlin already has a couple of victories this season and he's hoping to add to that total this weekend. He will certainly have plenty of chances at success.

"I am excited to roll the yellow and black JEGS.com dragster through those gates at Indy and start racing," Coughlin said. "There are four different races each day and lots of money up for grabs so it's exciting. You stay busy but I like it that way."

"Jay is always a big help; I couldn't do it without him," Coughlin said. "Whenever Kenny is there and racing his car it gives us that much more data so we're all feeling pretty confident."