Troy Coughlin Jr. starts pro career with a bang: No. 2 qualifier and a round win 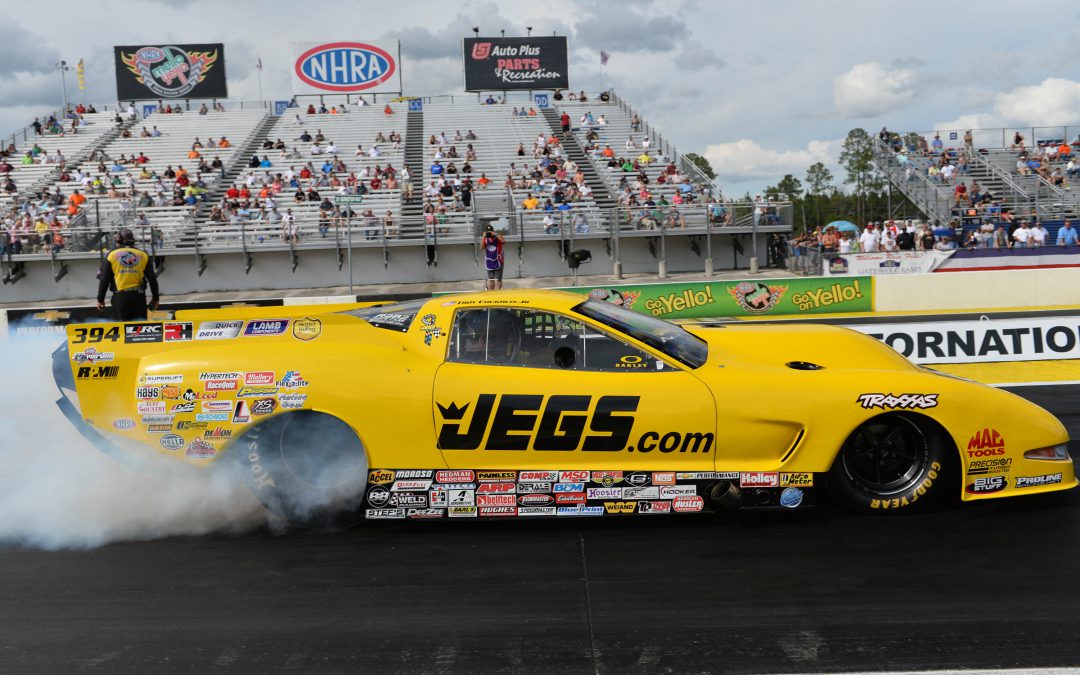 "I don't picture it getting any better at the moment," Coughlin Jr. said. "Crew chief Steve Petty, Justin Beaver, Kyle Pettis, the entire JEGS.com crew is working their tails off getting these two beautiful Corvette machines down the track. I'm almost speechless.

"It's fun to drive, and the opportunity is huge. This is great, and everything is working out to par as to what our goals are."

Coughlin Jr. stood atop the Pro Mod chart on Friday and ended up qualifying No. 2 with a top pass of 5.876 seconds at 251.49 mph. He then faced off against Kenny Lang in the first round of eliminations Saturday afternoon.

Lang left before the Christmas Tree was activated, giving Coughlin the victory. He then made a good pass of 5.884 seconds at 251.53 mph.

"I saw him go red, so that kind of caught my eye, and I missed the Tree a touch," Coughlin said. "I knew I had won as I let go. I was .063, which wasn't according to plan, but that's OK. It was a huge relief just to get through round one of a professional class at your first trial."

Coughlin faces Billy Glidden in the second round after Glidden took out defending series champion Rickie Smith with a pass of 5.946 seconds at 242.71 mph.

As fast and consistent as Coughlin's Corvette has been, he's not thinking about a victory in his first race. No, Sportsman racing has taught him to simply focus on the next round.

"I'm just thinking about the next lap I've got to make," Coughlin said. "It just depends on who's going to race us and who's got lane choice. I'll think about it overnight, but just don't over-think it. It's a process."