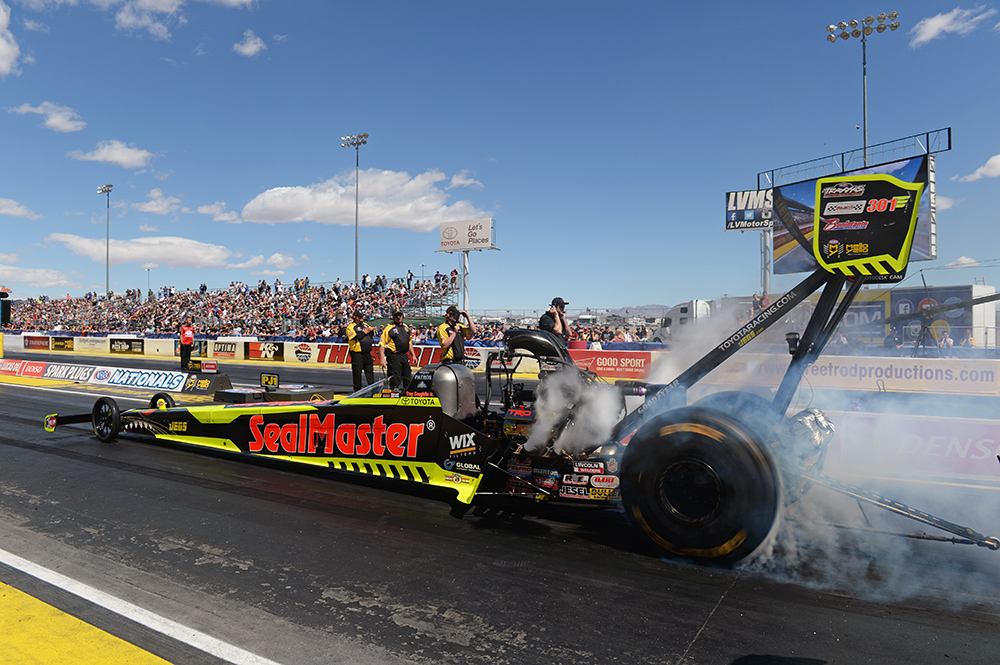 Race Recap – Vegas 1: The SealMaster team and driver Troy Coughlin Jr. earned his fourth consecutive strong qualifying start to his rookie season. However, with issues down track, Coughlin Jr. was unable to earn his third career round win.

With a 3.790 second effort in the final round of qualifying, Troy Jr. started in the top half for the fourth consecutive time to start his nitro career. The SealMaster team was seeded seventh overall and a first-ever matchup with Terry McMillen.

McMillen and Troy Jr. left side-by-side, but Troy Jr. began pulling away. However, the SealMaster ride began to smoke the tires and the parachutes deployed. McMillen was also experiencing issues, but was able to his machine hooked back up. The two were separated by mere inches at the finish line, but McMillen was running over 70 mph faster, which allowed him to drive by.

Quotable: “I am bummed for the SealMaster Toyota guys. Just a lot of work goes into this, and having races and rounds like these is tough. I am continuing to grow and move forward. The expectations are high and something that is definitely attainable."