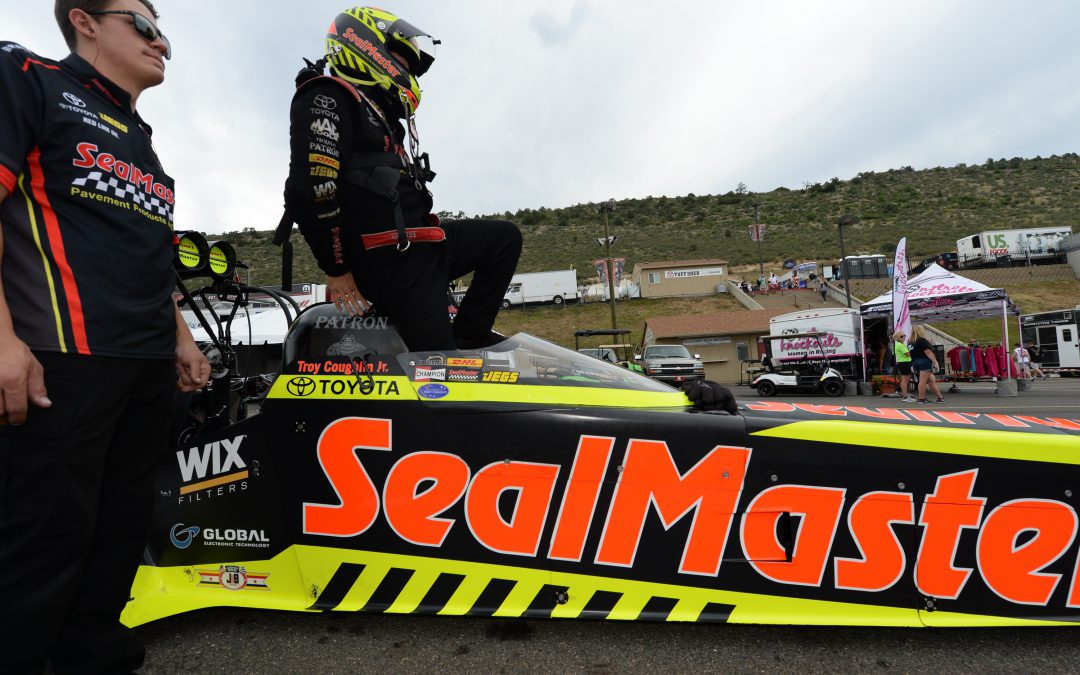 Race Recap: Troy Coughlin Jr. and the SealMaster team was eager to get to their first Western Swing as a team. First up, the challenging Bandimere Speedway in Denver.

Qualifying did not lead to the desired results for the SealMaster Toyota as they failed to make a clean pass. The Saturday's first session saw a minor fire, but the SealMaster team worked hard and found some issues directly prior to final session in qualifying that they worked late in night solving.

Coughlin Jr.'s first round oppoenent for the second straight race was Leah Pritchett. Coughlin Jr. got a nice jump on the starting line and had the advantage past 60 feet. However, Pritchett was able to get by soon after with the low elapsed time of the first session. However, even in the loss, Coughlin Jr. was able to look at the positives as he continues his Western Swing journey to Sonoma next weekend.

Quotable: “The SealMaster Toyota guys have really turned a corner. We have great leadership with Jim O, Nick, Glen and Donnie. They figured out we had an electrical issue. We have identified the problem and have got it fixed. We will have the SealMaster Toyota cleaned up and ready to put on a great show for the Toyota Sonoma Nats."