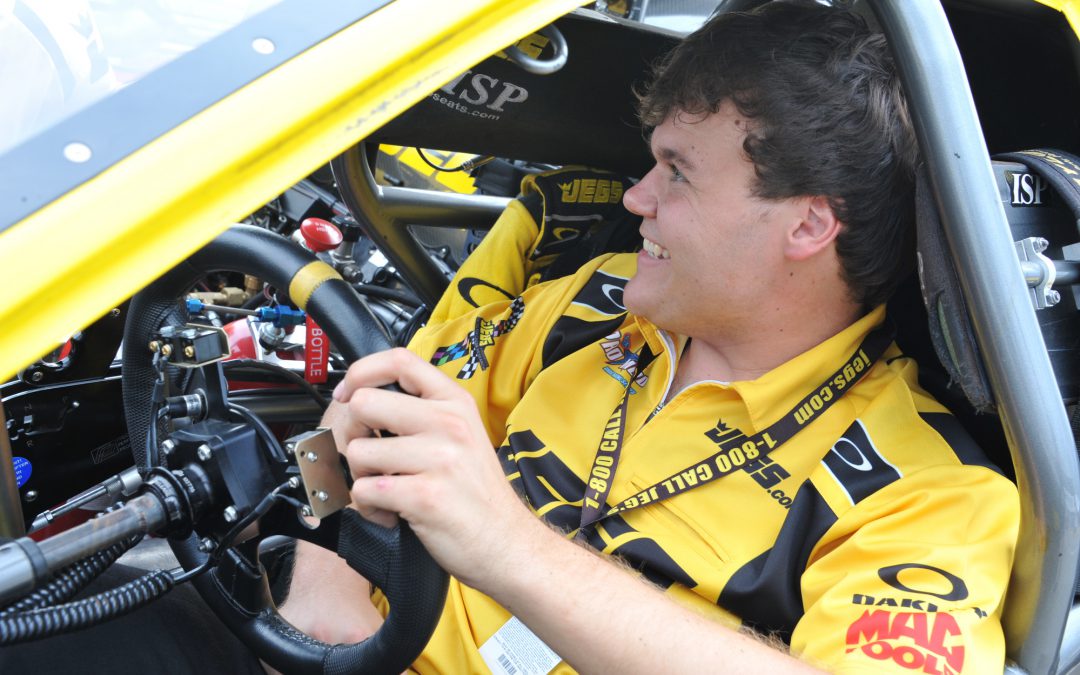 The primary goal for Coughlin and crew is to find a more consistent tune-up for his twin-turbo JEGS.com Corvette, but the 25-year-old third-generation driver says they'll be trying hard to earn the Pro Boost trophy while they're at "The Rock."

"We're keeping the car in NHRA Pro Mod trim for the first few passes, and hopefully we can work out the little issues that have been popping up," Coughlin said. "Then we'll convert everything over to PDRA Pro Boost rules and try to win this thing. If you know us, you know that we're always down for a drag race, and if there's a trophy on the line, we're going to try and win it.

"I'm really excited for this weekend. My dad (multi-time world champion Troy Coughlin Sr.) and our crew chief (Steve Petty) tell me the PDRA puts on a great show and really goes above and beyond for the racers. I've experienced the show before, but this will be my first event driving a race car, so I'm super pumped up and ready."

"The guys have done a phenomenal job preparing both cars all year," Coughlin said. "They've made it exceptionally easy on a rookie driver like me, and it's made my transition from the Sportsman ranks as seamless as it can be. We're just constantly striving to get better, and everyone agreed the cars could be more consistent, so we added this race to the schedule.

"With just three races left there is no more room for error, and we really want to fight for the championship all the way to the end. Having everything perfect in both cars is the goal, and we think this test session and race will help us sort this car out a little better and get us some more valuable data."

The Dragstock XII schedule shows Thursday as a full day of testing for competitors in all categories. Three rounds of qualifying begin at 10:30 a.m., Friday, with a time trial at 11 a.m., Saturday morning. Racing is slated to start at 4 p.m., Saturday.