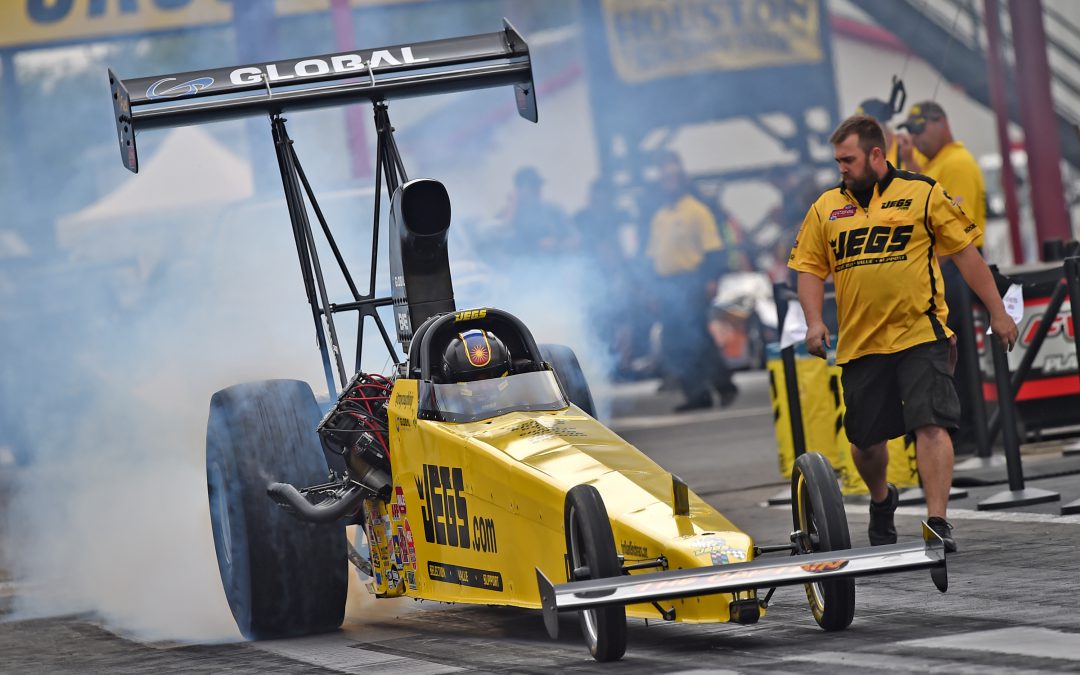 Racing in just his second year in the class, Coughlin beat Rob McKinley, Steve Collier and Shane Conway before getting edged by current national points leader Megan Meyer in a thrilling side-by-side finale.

"We've had a very successful weekend," Coughlin said. "We needed a tick more to beat Megan but just getting a chance to race them in the final round of an NHRA national event is an honor. It's such a thrill to be up there with the race title on the line. The stands are full and you know all eyes are on you. That was a big race and my hats off to Megan and her team for getting the win.

"That's a top-notch group that makes a lot of runs. They earn everything they get and you better be perfect to even have a chance."

"The exciting part of the weekend is that we made it down the track all seven runs," Coughlin said. "It's impressive because we are down one guy and as much as the weather jumped around, anything could have happened. I'm just so proud of the team for the work they put in all weekend, and that was especially the case today working under some pretty tight turnaround times."

"I love this team and the passion they have for winning," Coughlin said. "With the data gained here during seven great runs, I'm already very excited about our next race two weeks from now over in Charlotte. I'm 100% confident we'll pick up right where we left off here.

"Big thanks to the 400-plus associates at JEGS, my dad and uncles, plus Steve Bryson and everyone at Global Electronic Technology."