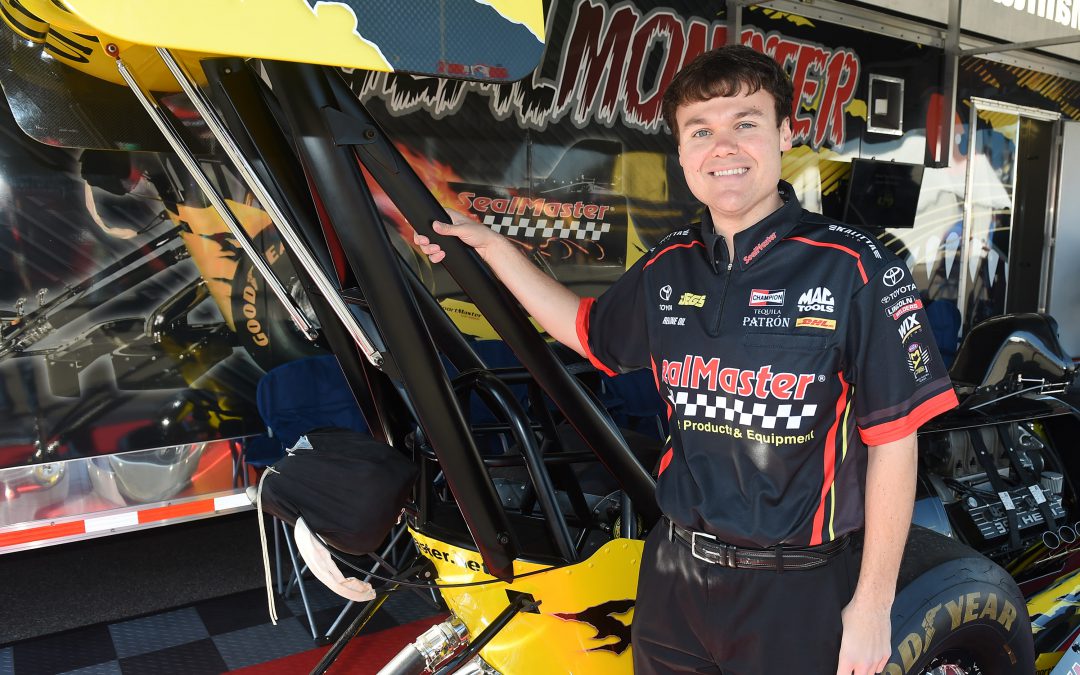 Troy Coughlin Jr.'s weekend started on the top of the pile as the driver of the SealMaster Toyota claimed three bonus points as he led the first session of Gatornationals qualifying. He would go on to earn two more bonus points and earn the sixth starting spot for the third consecutive race to start his nitro career.

The SealMaster Toyota driver would face Pat Dakin for the first time in the opening round. Dakin went early yielding the win light to Coughlin Jr., who tore down the track in 3.724 seconds.

Next up was the reigning Top Fuel champion Antron Brown. Coughlin left with Brown and was ahead before the SealMaster machine made a big move forcing Coughlin Jr. off of the throttle. The car would make minor contact with the wall, but Coughlin Jr. was okay.

“It was a pretty decent weekend. I am getting more laps; I am uncovering things that I haven't experienced yet, so I am learning. We had a great first run in the SealMaster Toyota.  Took on Antron, the former champ, in the second. Felt optimistic about it, was trying to go a .72 or a .73. We had the lead at the eighth mile, and then the car made a large move to the left and went over and tagged the guardrail. The SealMaster Toyota has a little mark on it, but we will buff it out."