Troy Coughlin jumps up to second on Pro Mod ladder 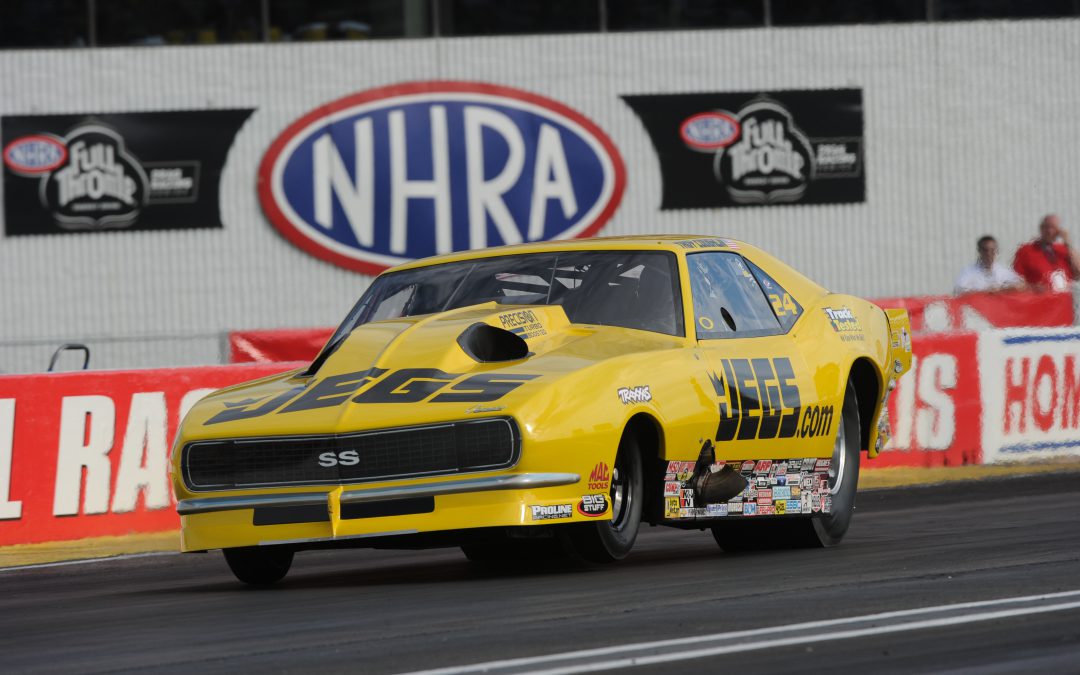 INDIANAPOLIS (Sept. 8) – Count JEGS.com driver Troy Coughlin among those who didn't mind that the 58th annual Mac Tools U.S. Nationals at Lucas Oil Raceway were postponed by rain to this weekend.

That's because Coughlin improved to the No. 2 qualifying position Saturday during the final round of qualifying in the Pro Mod Drag Racing Series by ProCare Rx event.

Coughlin was No. 6 after one qualifying session last weekend when rain wiped out two other sessions and eliminations. On this day, the JEGS.com turbocharged Camaro picked up to 5.909 seconds at 256.21 mph in Saturday's qualifying.

"We made a pretty decent run," Coughlin said. "We were hoping to come in here and try and pick the thing up about a tenth or so, and that's about what we picked up. We're only like five hundredths off the No. 1 guy now, where before we were like a tenth and a half.

"The guys made some good decisions on the thing, and this was one of the smoothest runs we've ever made."

Coughlin is slated to face Shannon Jenkins in the first round of eliminations on Sunday. Jenkins is No. 15 after a run of 6.689 seconds at 176.14 mph.

"We're looking pretty decent," Coughlin said. "We've got a competitive car. I'm pretty excited, and I've got a lot of confidence. Hopefully, the JEGS cars will be around all day tomorrow."

Coughlin could be racing his current car for the final time, as the team is having a new Corvette being built by R2B2 Race Cars. What better way to send the current car out than with a win.

"Most definitely," Coughlin said. "Any time is good to win. All the capabilities are there, that's for sure."