Troy Coughlin Sr. hits a bump in the road in first-round loss in Atlanta 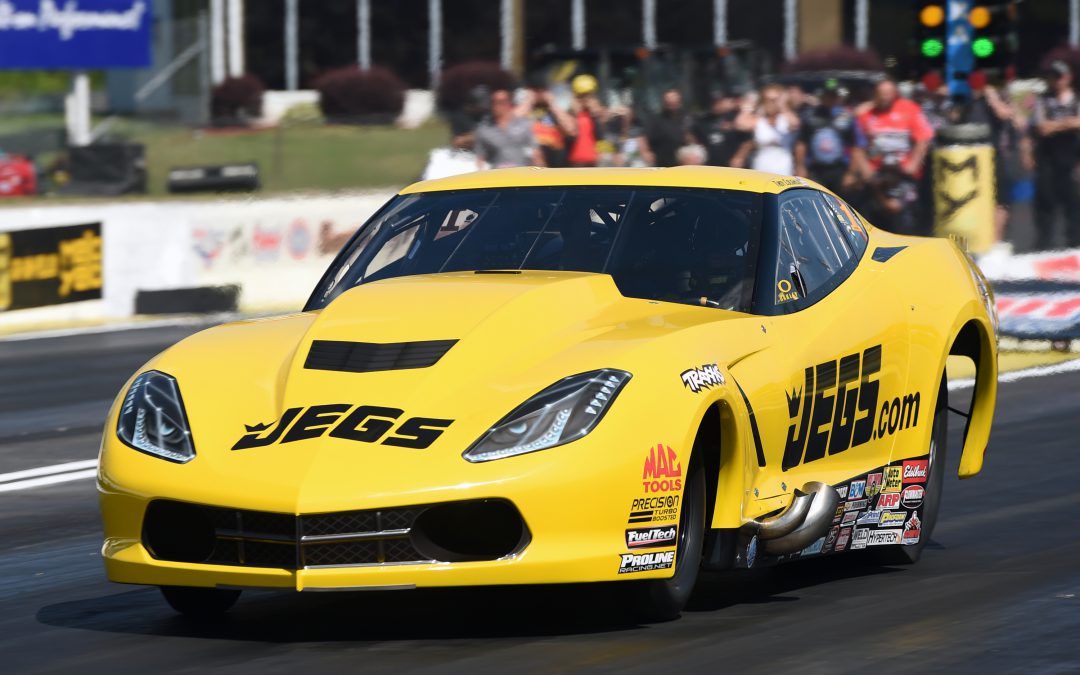 ATLANTA (May 14) — JEGS.com driver Troy Coughlin Sr. hit a bump in the road — literally — that derailed his shot at winning the NHRA Southern Nationals on Saturday at Atlanta Dragway.

After qualifying No. 2 for the J&A Service Pro Mod Drag Racing Series race presented by Pro Line Racing and FuelTech, Coughlin was confident heading into eliminations, but after a fast start in his first-round race with Kevin Fiscus, Coughlin hit a bump on the track that his JEGS.com Corvette didn't like. Coughlin had to pedal the car, but Fiscus was already past him and heading to the win light.

"We've got a good, fast race car," Coughlin said. "We rolled out there pretty nice and ran decent in the 60-foot and it was transitioning well. There's a bump in the racetrack out there that all of us have to deal with. We just happened to hit it not going as straight as maybe the car wanted to be.

"When it hit it, it upset the car pretty hard, so I started pedaling back and trying to get it back. I stood on it again, and I could see him starting to run around us. I ran as close to the finish line as I could until I could see that we weren't going to pass him. I could see he was in trouble, and when he pulled the chutes, he was over in front of us. I put the brakes on and tried to stay out of his way."

"It hit that bump and kicked the car off sideways a little bit," Coughlin said. "It just wasn't our day with that. We'll have to wait until Englishtown (N.J.). We've got a good, fast car, no doubt. We just had a little bit of bad luck, but we're all dealing with the same thing on the racetrack. We've dealt with them before. It's going to make (crew chief) Steve (Petty) and all the guys keep digging hard to try and figure out how to make this thing mosey over whoop-de-dos."

Coughlin saluted crewmembers Mike Rees and Kyle Pettis, too, and gave a special mention to JEGS Director of Media & Motorsports Scott "Woody" Woodruff, who is absent from Atlanta. Woodruff's wife, Jennifer, and daughter, Sadie, suffered burns in a kitchen fire at their home two weeks ago, and Woodruff is helping with the recovery process.

"It's kinda quiet without him," Coughlin said. "He's usually coming around, checking on us, keeping us going in the right direction, and making sure we're not late for this or that. He's always painting the town yellow and black, so I want to give a shout out to 'Woody' and his family — Jennifer, Sadie, and Chloe. Our thoughts and prayers are definitely with them, and we hope for a speedy recovery."