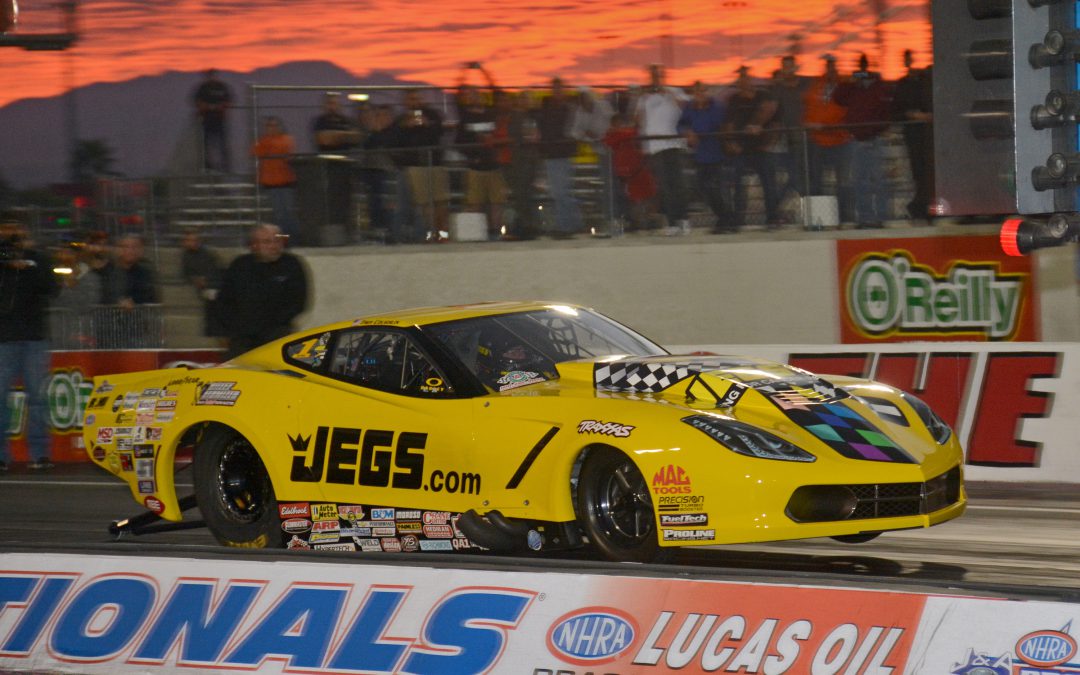 LAS VEGAS—Troy Coughlin Sr. is a two-time NHRA Pro Mod champion looking to become a three-time JEGS Performance Street Car Super Nationals champ as well this weekend at The Strip at Las Vegas Motor Speedway. The Delaware, Ohio native earned the pole in the fifth and final round of qualifying Saturday with a pass of 5.624 seconds at 270.64 mph. He is the defending Outlaw Pro Mod winner at this race and also won here in 2012.

In Pro Mod, Brazilian Sidnei Frigo earned top qualifier honors after his run of 5.693 seconds at 261.07 mph. Pro Mod ran its first round of eliminations Saturday night and Frigo advanced to Rd. 2, which runs tomorrow.

Action was halted briefly Saturday evening as Outlaw 10.5 competitor Kelly Harvey struck the wall in his lane, then crossed the track and hit that wall as well. Harvey was coherent and responsive when track fire and safety personnel reached him. He was taken via ambulance to an area hospital for further observation.

The JEGS Performance Street Car Super Nationals XII are being streamed live at BangShift.com with coverage of the event also being provided by Competition Plus and Drag Illustrated. Eliminations continue Sunday at 8 a.m. local time.

PSCA can be found on social media on Facebook at Facebook.com/PSCARacing and on Twitter at @PSCARacing. For more information on PSCA and all its events, visit them online at PSCARacing.com.