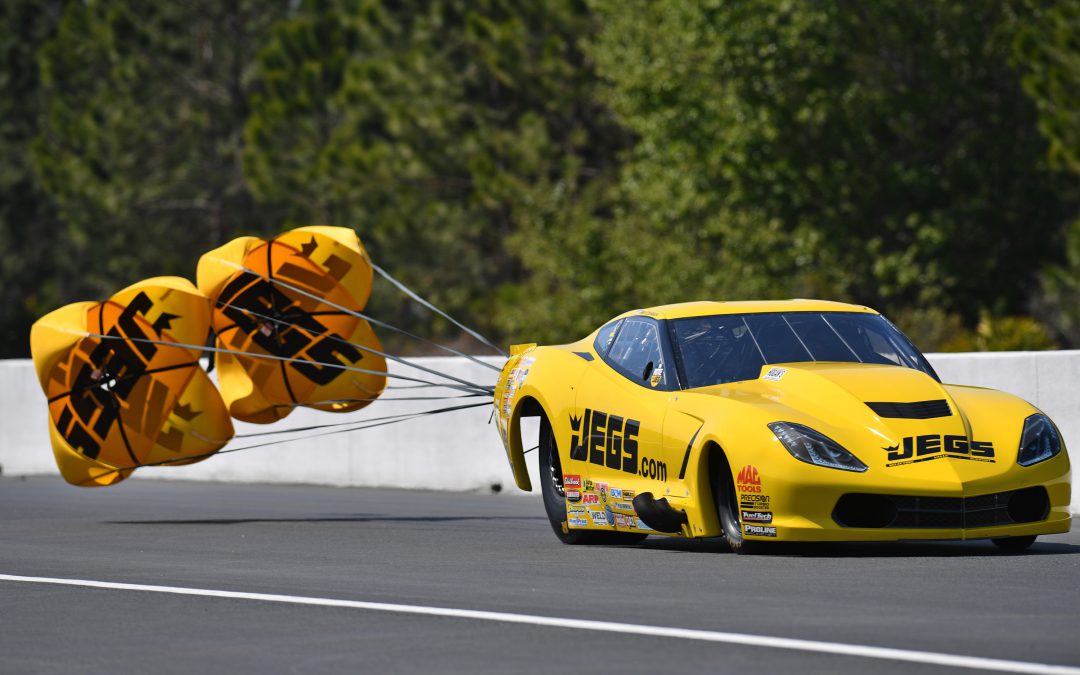 GAINESVILLE, Fla. (March 19) — Two-time Pro Mod world champion Troy Coughlin Sr. was in the other lane when Eric Latino posted the quickest run in class history — a stunning 5.727 at 256.36 mph — but the driver of the JEGS.com turbocharged Corvette didn't get to witness the impressive pass because he was too far ahead of his opponent, winning Sunday's quarterfinal match-up on a massive .081-second holeshot.

In fact, Coughlin's 5.758 at 255.10 mph, when combined with Latino's national-record pass, made the race the quickest side-by-side affair in Pro Mod drag racing history.

"It’s pretty awesome to be a part of it," Coughlin said. "I bet NHRA was saying the same thing. To be a part of history here in drag racing, I mean this is the first time for me. We’ve had great success with two championships and three runner-up championships but to be a part of a noteworthy race like that, it's huge news. It's great for the class and certainly shows there’s a lot of parity. For JEGS.com and everyone back at JEGS headquarters, we're thrilled to have this neat little piece of history.

"Everyone was saying that Latino’s first-round run (of 5.779 at 256.45 mph Saturday night) was a fluke, but I knew it wasn't. He’s a good driver and Al Billes is probably the best supercharger guy out there so they are a five-star team for sure.

"When I heard he went 5.72 at 256 mph against us the only thing I could imagine was the expression on all the NHRA official's faces when they saw another car go more than 256 mph. It was a super-charged car but still, I couldn’t be more excited for them."

Unfortunately for Coughlin, his car got a little squirrelly in the semifinals and he couldn't get past Steven Whiteley despite yet another huge holeshot at the starting line, .012 to .059 seconds. After getting out of shape, he played it safe and watched Whitely win with a 5.826 at 251.02 mph to his drifting 6.213 at 197.16 mph.

"We would rather win, of course, but semifinals isn’t all bad and we are going to capitalize on what we did here at the next race we go to in Houston," Coughlin said. "This is going to be a crazy year in Pro Mod and already everyone seems fully up to speed so the fans are in for a treat."