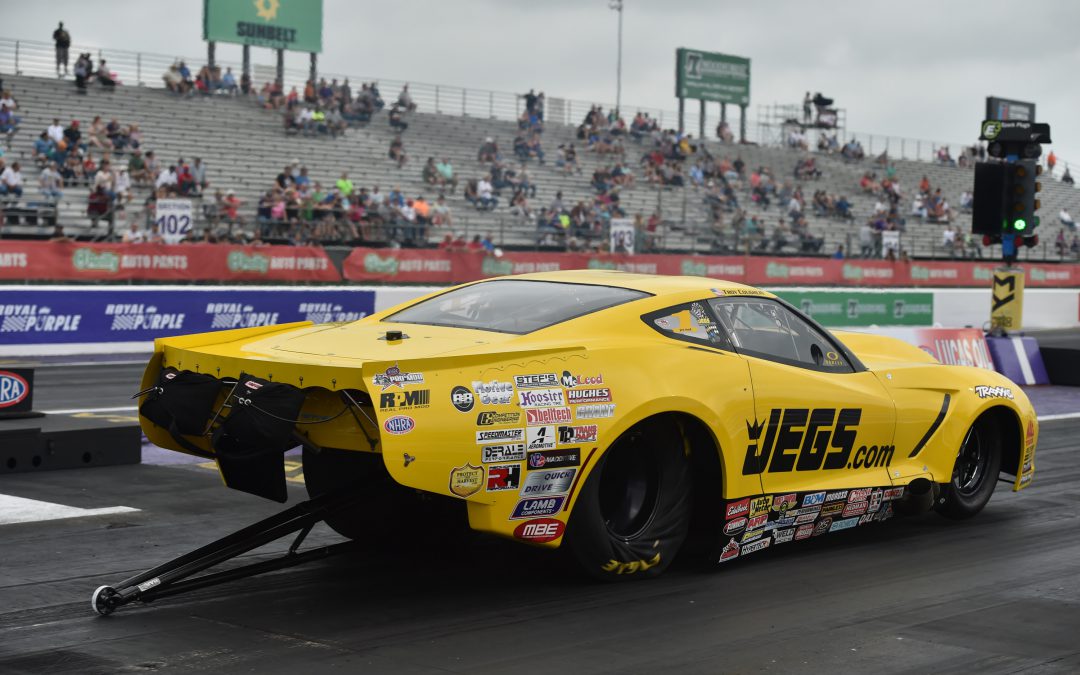 HOUSTON (May 1) — Troy Coughlin Sr. and the JEGS.com Pro Mod team stepped up with a semifinal finish in the NHRA J&A Service Pro Mod Racing Series race as part of the 29th annual SpringNationals this weekend at Royal Purple Raceway.

Coughlin rebounded from a tough season-opener in Gainesville, Fla., to qualify No. 2 and race to the semifinals in Houston.

"Semifinals, we'll take it," Coughlin said. "We've got a fast hot rod. Thanks to J&A and the Real Pro Mod Association and all the guys for the Pro Mod Series."

Coughlin credited a recent test session in Dallas, where crewmember Mike Rees drove the car, for improved speed out of his JEGS.com Corvette.

"A big improvement over Gainesville," Coughlin said. "(Crew chief) Steve (Petty), Mike, and Kyle (Pettis) have done a good job on the car, and the guys at Pro Line have given us an engine that's making good power. The turbos from Precision are the best. It's a good ol' hot rod."

Coughlin snared the No. 2 spot in qualifying Saturday and then won in the first round of eliminations later that day against Jeff Naiser.

Sunday, Coughlin was at his best on the Christmas Tree, getting a holeshot victory over Khalid alBalooshi in the second round. alBalooshi's pass of 5.821 seconds at 248.48 mph was quicker than Coughlin's run of 5.835 at 252.76 mph, but Coughlin gained a .046-second advantage on the starting line with a .041 light.

"Any time you can get a win, it's exciting as ever," Coughlin said. "To win on a holeshot, that's just the icing on the cake. There are two ends of the racetrack, and you've got to win them both. That one, we happened to win on the starting line enough to cover the difference in e.t. from him. It's kinda cool."

"We had some good runs today," Coughlin said. "It got just a little bit loose in the middle of the track — not too bad. We had to knock some power off, from a driving standpoint, to try and keep it from getting worse. It was a little bit of a fight going down the track."