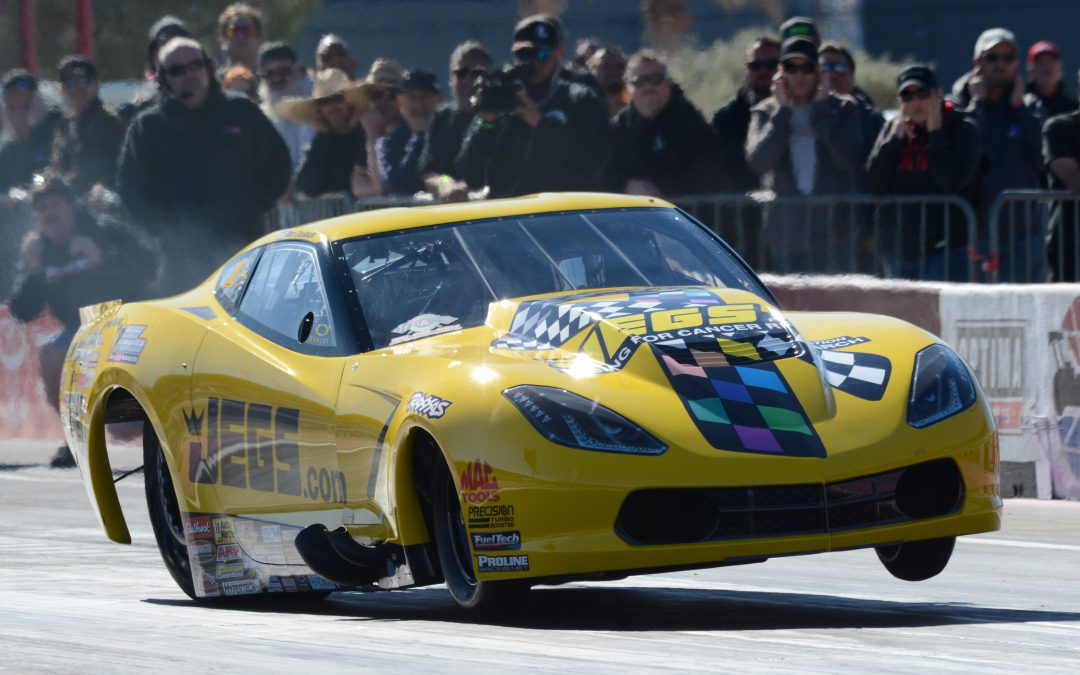 LAS VEGAS (Nov. 17) – Just a few weeks removed from his big win at the final race of the J&A Services NHRA Pro Mod Drag Racing Series, Troy Coughlin Sr. and his JEGS.com Corvette return to The Strip at Las Vegas Motor Speedway looking for another victory.

This time, the two-time world champ will be entered in the JEGS Street Car Super Nationals, where he's the defending Outlaw Pro Mod winner.

It's the second year in a row where Coughlin is hoping to double-up with wins in both the season-ending NHRA Pro Mod race and the Street Car Super Nationals.

"Las Vegas has been good to us, for sure," Coughlin said. "Maybe we can double down again and get another trophy."

Coughlin won two races during the regular NHRA season and finished second in the Pro Mod points standings. That performance came with some unwelcome restrictions on his turbocharged Corvette, limitations that don't apply to the Street Car Super Nationals.

"We are allowed to run 106 millimeters turbo unit instead of the 88 millimeter we are restricted to in NHRA competition," Coughlin said. "The boost is unlocked, so now there is no limitation to what we can do. I look forward to seeing what (crew chief) Steve (Petty), Mike (Rees) and Kyke (Pettis) can do. We should be really fast."

The Street Car Super Nationals are a bit of an old-school style race with fewer restrictions on what racers can do. That makes it a fun way to bring the curtain down on the 2016 season.

"It's a run-what-you-brung kind of race," Coughlin said. "And you just hope you 'brung' enough."

The event begins Thursday with a round of qualifying, followed by more qualifying Friday and Saturday. Eliminations begin Saturday and conclude Sunday.