Troy Coughlin Sr. rises to the challenge in St. Louis first round 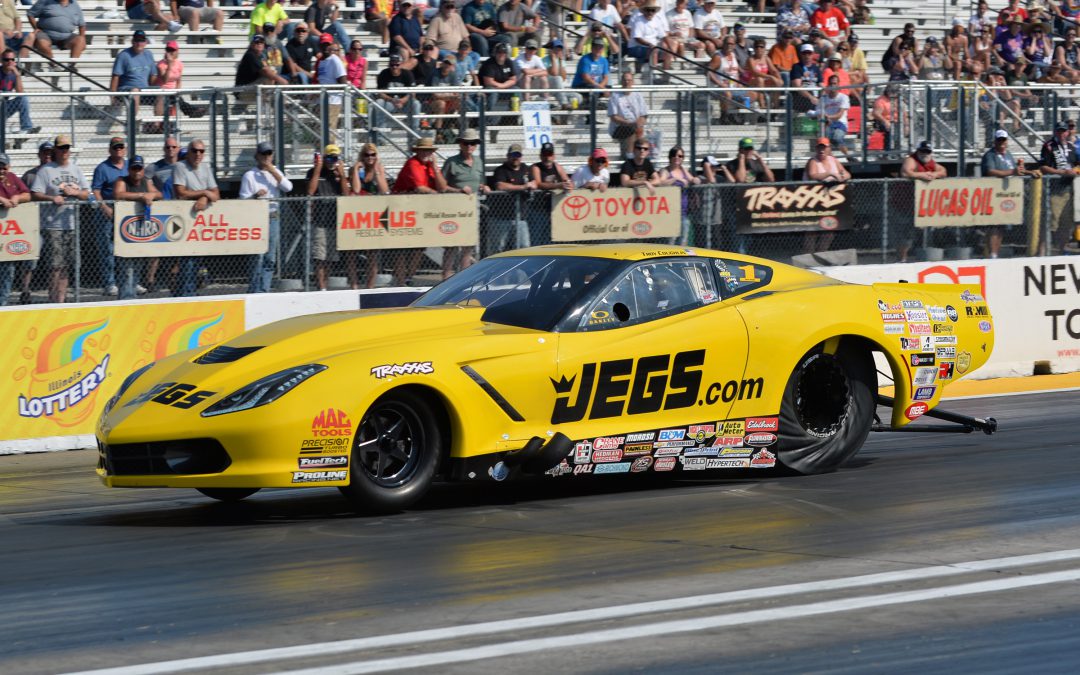 Coughlin battled Bob Rahaim in the first round of eliminations in a matchup of the two drivers closest to points leader Rickie Smith. The loser would be eliminated from championship contention, while the winner kept his slim title hopes alive.

Coughlin had qualified his turbocharged Corvette in the No. 15 spot, as Rahaim seemed to have a performance advantage. But crew chief Steve Petty and crew members Mike Rees and Kyle Pettis stepped up their game for eliminations. And so did Coughlin.

"It was very important," Coughlin said. "Steve, Kyle and Mike have worked on this thing all week trying pick up from our woes in Charlotte, and we came in here a little soft in the beginning. But Steve stood on it when the time was right, and that was in the first round here.

"We knew we had to go a mid-.80 to beat these guys. They had passed us in the points in the last race, but the JEGS.com team, the car, the driver, the crew, everything, we just made a nice, nice run."

Smith won in the first round, too, keeping Coughlin at bay in the points battle. But Coughlin is still mathematically in the running with one race remaining, at Las Vegas, before the Pro Mod season ends. Coughlin came into the St. Louis race 111 points behind Smith. Coughlin and Smith have finished 1-2 in the points the last four years, each winning two championships.

"It's definitely a team effort," Coughlin said of the first-round win. "There were no mistakes made and we came out a winner on that one. Looking forward to tomorrow and getting after it."

Coughlin faces Steve Matusek in the second round Sunday, after the No. 10 qualifier scored an upset win over Todd Tutterow.

"Tomorrow we need to run a little faster," Coughlin said. "We've got our work cut out for us but it's coming around. It's gonna be fast tomorrow."