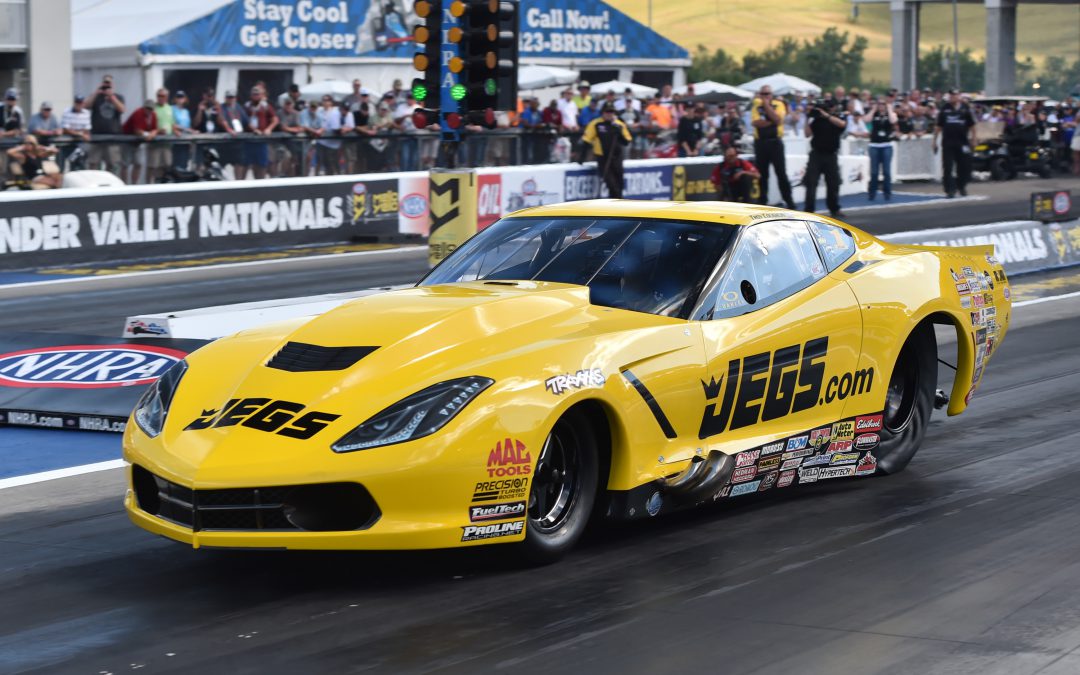 BRISTOL, Tenn. (June 19) – The winning streak of JEGS.com Pro Mod driver Troy Coughlin Sr. ended at six rounds after he fell in the semifinals of the NHRA Thunder Valley Nationals on Sunday at Bristol Dragway.

Coughlin had won the most recent J&A Service Pro Mod Series event, in Englishtown, N.J., and was looking to go back-to-back in Thunder Valley. But after getting the jump on No. 3 qualifier Mike Castellana, Coughlin's JEGS.com Corvette got out of the groove, and Coughlin had to push the clutch in.

"We cleaned everything up after second round and put it back in line for the semifinals," Coughlin said.  "Racing Mike Castellana in the nitrous car – those are the quickest out of all three power-adders. We were just trying to get after it, and it went out there and got out of the groove just a little bit as power was coming on. It started spinning and shaking a little bit, and that was the end of the day."

Coughlin won in round one on Saturday over Gerry Capano, and he faced Steve Matusek in round two. But Matusek's car wouldn't start, giving Coughlin a single into the semifinals.

"They must've had a malfunction," Coughlin said. "It wouldn't start for some reason, which is really odd because those guys have the best of everything. We made a nice run and were low for the round at 5.86."

His run of 5.867 seconds at 244.78 mph not only was the low of the round, but also the low of eliminations as crew chief Steve Petty and crew members Mike Rees and Kyle Pettis have the JEGS.com car running well.

"We've got a great team, good race car," Coughlin said. "We'll go to Norwalk and stick it right back in line."

Norwalk is the next race on the Pro Mod Series schedule, slated for next weekend.