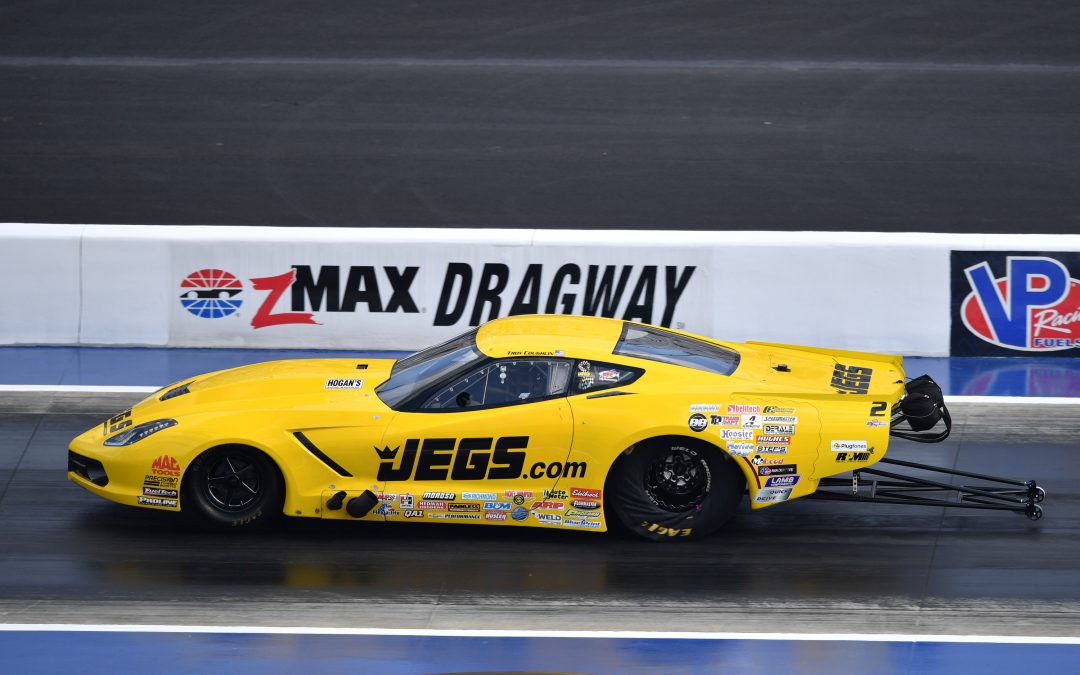 With the J&A Service Pro Mod Drag Racing Series presented by JEGS and Plugfones running alongside the Mello Yello Series at the eighth annual NHRA Four-Wide Nationals, Coughlin and the rest of the Pro Mod class represented themselves well, with Mike Castellana edging Coughlin for the win in the final foursome of the day.

“That was a pretty exciting final round,” Coughlin said, “and a perfect grouping to represent the Pro Mod class. We had a supercharged car, two turbocharged cars and a nitrous car. That’s pretty cool.

“Having lane choice going into the final round, I thought we were for sure gonna get the win today but Mike had a little too much there. We definitely gave it our all.”

“The whole JEGS.com team, Steve Petty, Mike Rees, Kyle Pettis, what a great group. We came into this race with a car had been giving us problems over the last couple of weeks and thanks to the crew’s hard work we were able to absolutely shine at the first Four-Wide Nationals for our class. That’s pretty awesome.”

Coughlin only has a few days to enjoy his success as the 37th annual Lucas Oil NHRA Southern Nationals begin Friday at Atlanta Dragway in Commerce, Ga.

“We’re pretty excited,” Coughlin said. “We are fired up and ready to go to Atlanta. The plan is to just do some basic maintenance on this this beast and head on over to Commerce and try to repeat what we did here.”