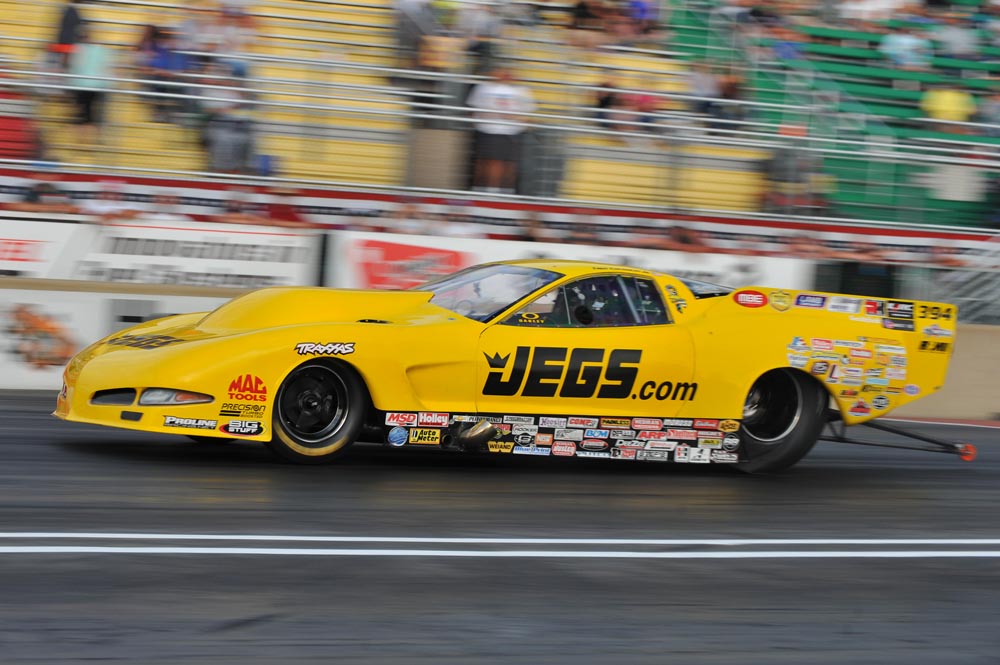 And both their opponents made quicker passes. Yet both Coughlins advanced to the second round.

"We're all going to sleep a little bit better," Troy Jr. said. "Both cars made good runs, and we'll take what we can get at this point. We're excited. This is a beautiful track. The Bader family does such a nice job, along with the NHRA, making it a good, clean, fun race. We're excited to be a part of the Sunday action here."

Both Coughlins faced long odds after qualifying in the bottom half of the field, but both were stellar on the Christmas Tree.

"The practice and the regiment we have at home, that's when it pays off," Troy Jr. said of his light. "That's when you can say, 'This practice Tree and simulation and mental imagery is working at its fullest.' And bracket racing pays off, too.

"If you picture a basketball player, he can dribble it in his sleep because he practices a lot. It's the same way with the Tree: It could become second-nature if you let your mind let it be second-nature."

"Ricky is a champion and a five-star guy, so beating him is pretty good," Troy Sr. said. "We had a broken gizmo in the car, but (crew chief) Steve (Petty) and the guys got it fixed. What can I say about this whole JEGS.com team? From Steve Petty to Mike Rees to Justin Beaver to Brandon Stroud to Kyle Pettus to Pro Line horsepower, that's definitely a good direction to go nowadays.

"T.J.'s car is running much better. If we keep up on our program, keep fine-tuning and pecking away these things, we'll get it back to where we were last year – up at the top of the heap."